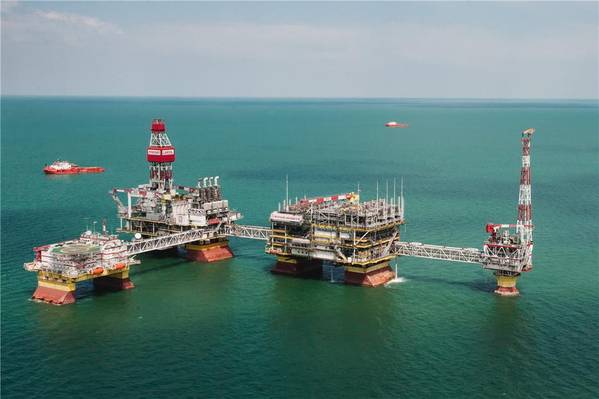 The Vladimir Filanovsky offshore field in the Caspian Sea, operated by Russian oil and gas giant Lukoil, has produced more than 30 million tonnes of oil, according to the company.

In 2021, the field saw five development wells built (including four production wells and one injection well) to maintain the plateau level of 6 million tonnes of oil per year.

The company also completed the second stage of development of the Yury Korchagin field (the wellhead platform) and constructed eight development wells there.

Lukoil also said it continued with the development of its third Caspian field – the Valery Grayfer field. Shipyards of the city of Astrakhan, Russia, keep building topside facilities for the fixed ice-resistant platform and accommodation block. In 2021, they were lifted, weighed, and moved to the quay. A drilling rig was installed at the ice-resistant platform. The facilities are scheduled to be put to sea in the second quarter of 2022.

The Russian firm said that a unique float-over technology will be used, allowing for the installation of topside facilities on the platform jacket without employing a floating crane.