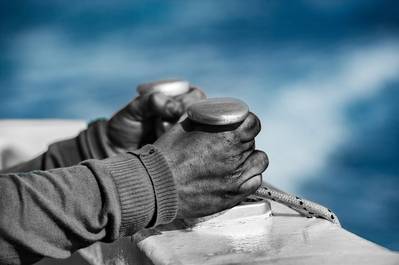 Thirty-seven migrants are feared dead after a dinghy carrying dozens of people capsized off the coast of Spain’s Canary Islands, the sole survivor to have been found so far told Spain’s maritime rescue services on Thursday.

A rescue helicopter carrying the survivor – a 30-year-old woman who appeared exhausted and shaken – and two corpses landed at Las Palmas de Gran Canaria airport, in the Canarian capital, after a cargo ship found them 135 miles away from the coast.

The woman told rescue workers that 40 migrants were aboard the dinghy, but maritime rescue services said there no signs of anybody else near where the vessel capsized.

The woman has been hospitalized with severe dehydration, according to Spanish news agency EFE.

So far this year more than 7,500 migrants have made the dangerous crossing from the West Africa coast to the Canaries archipelago, over twice as many as in the same period in 2020, which itself saw an eightfold increase from 2019.