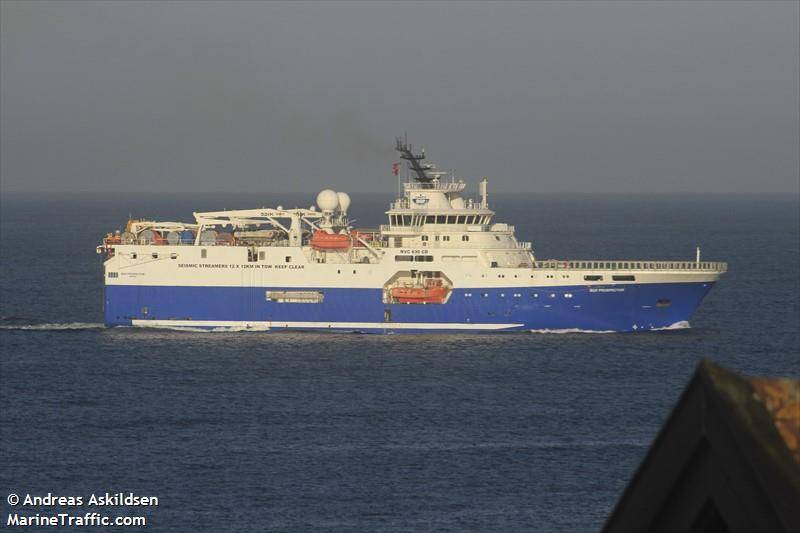 A consortium of marine seismic data firms has started a 3D seismic survey offshore Suriname, CGG, one of the project partners has informed.

The consortium will be able to acquire, market, and license multi-client seismic programs in the shallow water acreage offshore Suriname, including fresh 3D collection and historic data reprocessing.

This 3D survey is adjacent to the prolific Block 58 where TotalEnergies and Apache have recently made several oil discoveries and will cover the up-dip portions of the same Upper Cretaceous channel systems proven successful recently.

CGG said it would process all of the multi-client data in its Houston subsurface imaging center, with early products expected to be available from April 2022 with final TTI Kirchhoff PSDM products ready from November 2022.

Suriname’s shallow offshore acreage includes three blocks recently awarded, and current open acreage is scheduled to be offered in a competitive bid round for 2023.

The three firms are not alone when it comes to seismic surveying in Suriname. U.S. oil major ExxonMobil in September awarded Norwegian offshore seismic data acquisition firm PGS a contract for a 3D survey in the country’s waters.

PGS’ 104.2 meters long Ramform Tethys seismic vessel is scheduled to start the acquisition during the fourth quarter of 2021, and it is planned to complete in the first quarter of 2022.

Suriname has been dubbed the next offshore oil hot spot, following ExxonMobil’s discovery of more than 9 billion barrels of oil equivalent in nearby Guyana.

Explorers in Suriname, including ExxonMobil itself, have been hoping to replicate Exxon’s Guyana successes, and have recently to some degree succeeded, with Apache and Total (now TotalEnergies) announcing several discoveries in the recent period.

ExxonMobil, as a partner in Petronas-operated Block 52, offshore Suriname, in December 2020 made its first discovery in the country, with the Sloanea-1 exploration well.