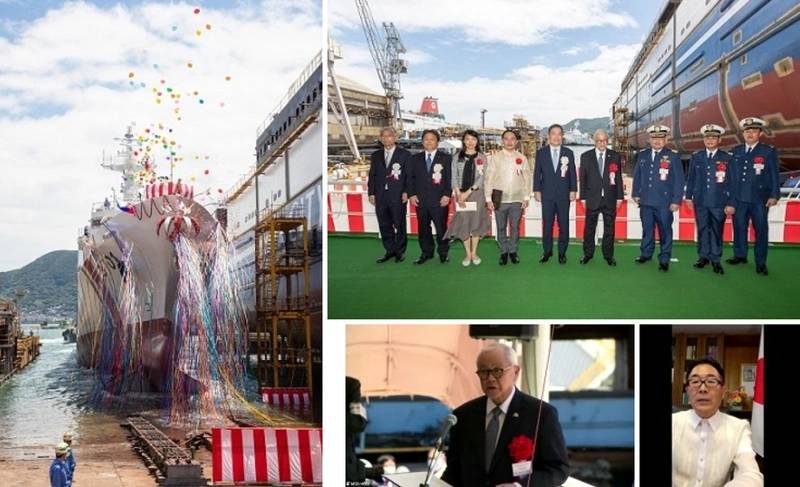 Officials from Japan and the Philippines on Monday virtually attended the launching ceremony of the 94-meter Multi-Role Response Vessel (MRRV) at the shipyard of the Mitsubishi Shipbuilding Co., Ltd. in Japan.

Ambassador Koshikawa conveyed his wish that the MRRV will play a vital role in maritime law enforcement and marine environment in the Philippines, and further deepen the ties between the Japan Coast Guard and the PCG.

The vessel, one of two being built for the PCG, will become the largest ship in the  Philippine Coast Guard’s fleet.  The first vessel will arrive in the Philippines on March 2022 and will be handed over to the PCG in May 2022.

The vessels are being built through a 16.5-billion-yen fund ($149,7 million) from the Government of Japan via the Japan International Cooperation Agency (JICA).

The vessels are expected to boost the Philippines’ law enforcement capabilities, assist in preventing maritime accidents and conducting quick rescue operations, and contribute to the overall improvement of maritime safety and security in the Philippines.