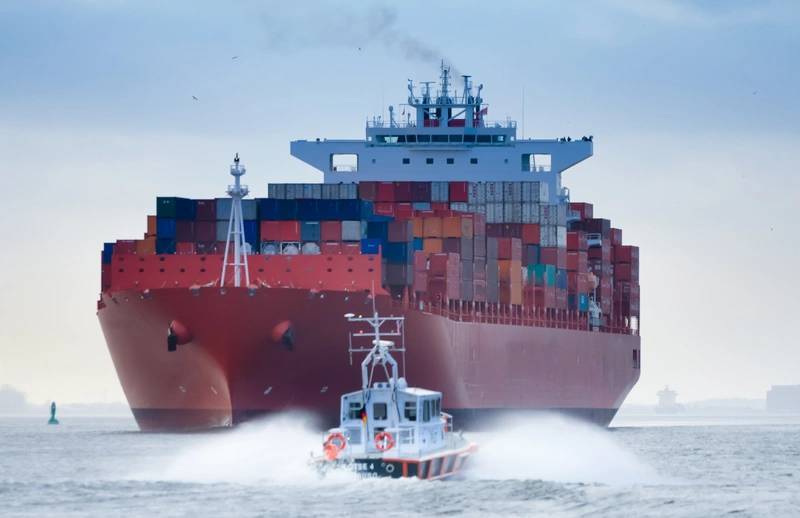 On January 14, 2022 the European Parliament’s Rapporteur, MEP Peter Liese, published his draft report on a proposal to revise the Emissions Trading System (ETS) Directive¹ which forms part of the ‘Fit for 55’ package of climate and energy reforms published on July 14, 2021. The draft report includes a number of ambitious amendments to emissions trading for the maritime sector – the Maritime ETS – which, if agreed, will put more pressure on the maritime industry to switch to cleaner fuels sooner than originally planned. Further amendments are expected to be submitted in response to ongoing feedback from businesses in the coming weeks. We will produce a more detailed article as these progress to their final form.

“The latest set of amendments to EU Maritime ETS proposal will, if agreed, put more pressure on the maritime industry to switch to cleaner fuels sooner than originally planned.”

What key amendments are recommended to make maritime ETS greener?
While the underlining principle of the Maritime ETS proposal is consistent with the ‘polluter pays’ principle, there are a number of significant changes to the definitions, scope, phase-in periods and thresholds which are being proposed in the draft report:

Full reporting on emissions to commence in 2025: Shipping companies will have to surrender 100% of their verified emissions allowances a year earlier than originally proposed. The justification for this amendment is that a shorter phase-in period will indirectly increase the number of allowances available for other industries. Also, in place of reporting 20% of verified emissions in 2023, 45% in 2024 and 70% in 2025, as originally proposed, the draft report calls for more ambitious action by recommending that shipping companies report on 33.3% of verified emissions for 2023; 66.6% for 2024 and 100% for 2025 and each year thereafter. Moving the date of full application forward by one year, from 2026 to 2025, will apparently make around 57m allowances available to other industries caught by the ETS which would otherwise have been cancelled under the Commission proposal;

100% of non-EU emissions from ships calling at EU ports to be caught if IMO fails to introduce a similar global measure by 2028: As only 50% of non-EU voyages are covered in the original draft Maritime ETS proposal, the draft report recommends that the Commission and member states should foster international cooperation to finally cover 100% of non-EU voyages. The draft report calls for 100% of the emissions from ships over 5,000 gross tons performing voyages between EU and third country ports to be covered by ETS. The draft report notes that capturing all of the non-EU emissions will only become a necessity if the IMO fails to adopt a global based measure by the 2028 global stocktake deadline for the wider EU ETS and no later than September 30, 2028;

ETS responsibility and payment of final price to fall on the commercial operator who may not always be the shipping company: The draft report recommends that a binding clause should be included in contractual arrangements between parties which ensures that ETS responsibility and payment of ETS costs would fall on the entity that is ultimately responsible for the decisions affecting the CO2 emissions of the ship (including choice of fuel, route, speed and choice of cargo) and that would be held accountable for covering the compliance costs paid by the shipping company. It is not yet clear whether such binding clause will be an express legal requirement or an implied term. This amendment seeks to acknowledge that the shipping company is not always responsible for purchasing the fuel or taking operational decisions that affect the CO2 emissions of the ship. Those responsibilities can be assumed by an entity other than the shipping company under a contractual arrangement. This way the polluter pays principle would be fully respected and it is hoped that the uptake of efficiency measures and cleaner fuels would be further encouraged. Another reason for this amendment is to address the challenge competent authorities often face when trying to trace down a commercial operator for companies based outside the EU because there is no international registry of commercial operators in shipping. This way the proposed approach ensures that the final responsibility of the commercial operator, by establishing a contractual requirement between the shipowner and commercial operator to pass on the costs;

‘Operation of the ship’ is now also expressly defined for the purposes of the contractual allocation clause (see above) and means “determining the cargo carried by, or the route and speed of, the ship”;

The scope of greenhouse gases that would have to be accounted for by shipping companies could widen from 2026 onward to ensure alignment with the Paris Agreement targets. The draft report also calls for the Commission to assess and report to the EU Parliament by December 31, 2026 on the impact on the global climate of GHG emissions, other than CO2 and CH4, from ships arriving at, within or departing from ports under the jurisdiction of a member state; and

Establishment of an ‘Ocean Fund’ is recommended to fund R&D into maritime decarbonization, cleaner fuels, short-sea shipping and cleaner ports. The draft report recommends that this should be established from revenues generated from the auctioning of allowances in respect of maritime transport activities under the EU ETS and from penalties raised through the proposed FuelEU Maritime regulation to improve the energy efficiency of ships and support investment aimed at facilitating the decarbonization of maritime transport, including as regards short sea shipping and ports. It is also proposed that the Ocean Fund should allocate special support to ice-class ships which are treated as particularly hard to abate.

Conclusion
The draft report is the first step in a long process before the European Parliament adopts its position for the negotiations with the Council. The draft report is due to be considered on February 10, 2022 and further amendments are due to be submitted on February 16, 2022. A vote on the final amendments is likely to occur around June 2022. According to the European Community Shipowners Association, the text does not capture all of the industry and stakeholder points which have been fed through since the original draft was published on July 14, 2021 and it remains to be seen what will make the final text. What seems clear, however, is that despite resistance from parts of the maritime industry the Maritime ETS is here to stay.

Nick Walker is a partner in the planning and regulatory groups at Watson Farley & Williams LLP. He provides contentious and non-contentious planning and environmental, health and safety (EHS) law advice across a broad range of sectors and jurisdictions, including transport and pharmaceuticals.