Power and technology group ABB has won a contract to deliver an end-to-end electrification package for Total’s project in Mozambique aimed at developing gas deposits found off the country’s coast.

The Mozambique LNG project, previously operated by Anadarko, will be Mozambique’s first onshore LNG development, initially consisting of two LNG trains with a total nameplate capacity of 12.88 million tonnes per annum (MTPA) to support the development of the Golfinho/Atum fields located entirely within Offshore Area 1.

CCS consortium, comprising Saipem, McDermott and Chiyoda, contracted by Tota for Engineering, Procurement and Construction of Mozambique LNG project, has now ordered from ABB a comprehensive integrated and intelligent electrical system for the LNG project that is expected to start production by 2024.

ABB said its 26-month project will culminate in a significant installed base in Mozambique for ABB and will involve collaboration across multiple ABB divisions and regions, led by ABB in Singapore.

Johan de Villiers, Global Vice President, Oil and Gas, at ABB said: “We have optimized and customized our solutions to meet the specific technical and capital expenditure requirements of the customer. With ABB as the main original equipment manufacturer (OEM) for electrical systems, Mozambique LNG Project will benefit in terms of cost-efficiency, maintenance, service as well as upgrades and expansions.”

ABB did not share the financial value of the contract award.

To remind, at the time of the project sanction back in 2019, Wood Mackenzie estimated the Mozambique LNG project would take $20 billion to develop. 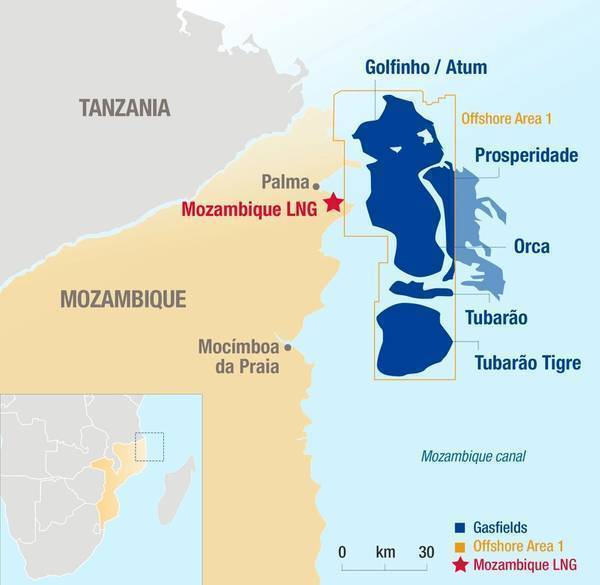