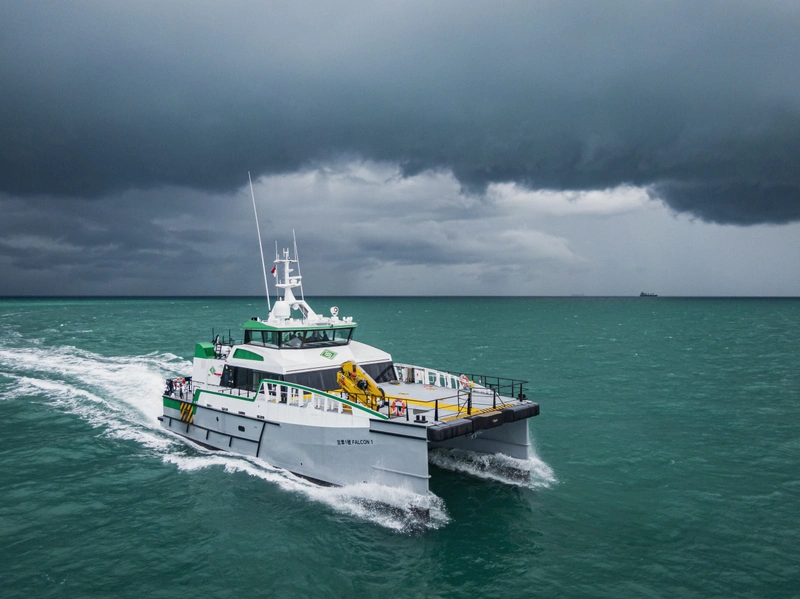 To achieve approval, Damen has modified the design of its standard FCS 2710 to meet the US requirements.

Waterjets are now incorporated, driven by engines that are compliant with US Environmental Protection Agency regulations.

According to Damen, the FCS 2710, over 65ft in length, is suited for operating conditions on the US Atlantic coast.

“Its size ensures the vessel’s capability to continue operating during the winter period when smaller vessels will need to power down or even remain in harbor,” Damen said.

“The FCS 2710 has already proven its capabilities, quickly making a name for itself in the European offshore wind arena. The FCS 2710 draws on the success of predecessor game-changing design, the FCS 2610. Damen increased the size of the design in order to offer greater flexibility, deck space, tank capacity, increased comfort and additional accommodation. When Damen unveiled the FCS 2710, a key element was the vessel’s increased tunnel height above the water, which enables it to operate in waters with over 2 meter significant wave height for considerably increased uptime,” the shipbuilder said.

Mark Honders, Manager Design & Licences said, “We are very pleased that the FCS 2710 has received this ABS approval in principle. The vessel has performed very well in European operations and has also received orders from Asia. We feel very confident in its suitability for operations in North American projects also. Damen has the goal of becoming the world’s most sustainable shipbuilder and we are very proud to contribute to the production of renewable energy around the world with our products.”