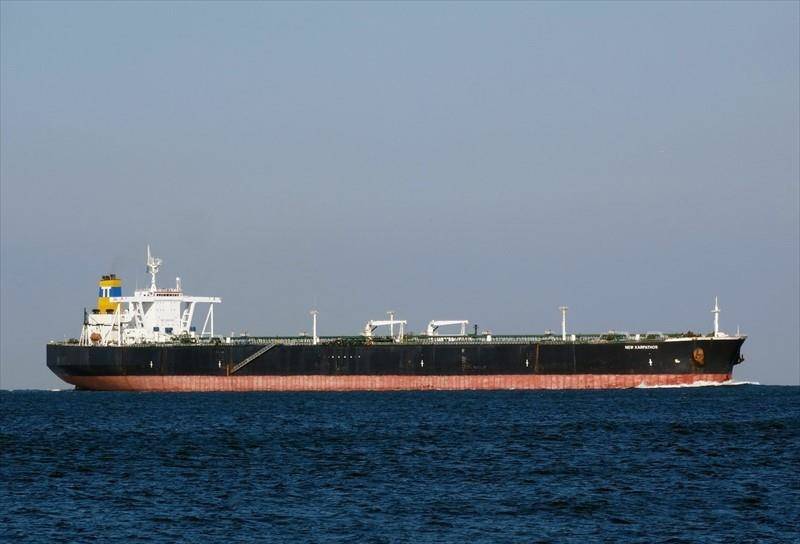 Two tankers have had their environmental and safety classification withdrawn by a U.S. company that provides such certification, after accusations by a U.S. advocacy group that they had shipped cargoes of Iranian oil, documents seen by Reuters show.

Countries targeted by tougher U.S. sanctions, including Iran and Venezuela, have responded to the mounting pressure with elaborate strategies to circumvent restrictions on their oil exports.

Top oil shipping companies say they have in turn responded by tightening guidelines and deploying technology to prevent accidental sanctions breaches, which U.S. officials have said could lead to them being cut out of the dollar financial system and having assets seized.

Several shipping sources involved in legal advisory and insurance services to the industry have told Reuters that inadvertent breaches are also a growing danger for ship certification societies such as American Bureau of Shipping (ABS), which in the past month withdrew cover for the two tankers.

“Classification societies are faced with the challenge of keeping up with Iran’s tactics in order to avoid facing sanctions themselves,” Claire Jungman, chief of staff at United Against Nuclear Iran (UANI), said.

Classification societies provide services such as checking that ships are seaworthy.

UANI, the U.S. group, which monitors Iran-related tanker traffic through ship and satellite tracking, alerted ABS in December to what it said were transfers of Iranian oil involving several vessels, including the Panama-flagged Karo and the Belize-flagged Elsa, correspondence between the two groups seen by Reuters shows.

Reuters was not able to find email or telephone numbers for the owners of the two tankers.

Iran views U.S. sanctions as illegal and has said it will make every effort to sidestep them. “There is strong will in Iran to increase oil exports despite the unjust and illegal U.S. sanctions,” Iran’s oil minister Javad Owji told state TV in September, without elaborating on how Tehran planned to overcome sanctions.

Iranian officials, who do not divulge details about their efforts to bypass the sanctions, did not answer a call or respond to an email request for comment from Reuters on Friday, which is the weekend in Iran.

ABS is the only U.S. firm among the top 12 ship classification societies, which are otherwise based in Europe and Asia, are essential to the running of thousands of vessels in the global shipping fleet.

Without their certification, vessels are unable to secure insurance cover or call at most international ports.

An ABS spokesperson said that as a U.S. company it “strictly follows U.S. sanctions law and takes seriously and investigates all claims and information received that might suggest that any vessel in ABS class is trading with a sanctioned country”.

“In the event that the information is confirmed, ABS has and will cancel the involved vessel’s ABS class, in accordance with our policies and procedures,” the spokesperson said, declining to comment on individual cases.

In a Dec. 21 letter to UANI, seen by Reuters, ABS said that after completing an independent investigation it had found “material evidence” that on or about Dec.8 the Elsa had “engaged in illicit transshipment operations with an Iranian tanker” and had as a result cancelled all classification services.

ABS said in another letter on Jan. 14 it had completed a separate independent investigation of the Karo and also cancelled all certification services associated with it.

Hong Kong-based Delta Lines is listed as the owner of the Elsa, which is its only ship, according to the Equasis public database, which aims to provide transparency in shipping by publishing maritime data.

Delta Lines is listed in a corporate registry office in Hong Kong, but staff at the premises could not provide any details about the company when contacted by Reuters on Thursday.

India-based Karo Shipping Services is listed as the owner of the Karo, which is its only ship, data on Equasis showed.

An office listed in shipping databases as the contact address for Karo Shipping Services near the city of Mumbai had closed down when visited by Reuters on Tuesday.