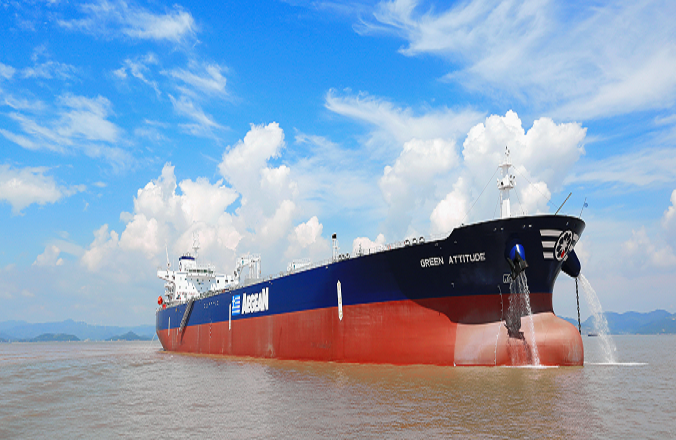 Aegean Shipping Management announced Thursday it has exercised an option for a third Aframax tanker from Chinese shipbuilder COSCO Heavy Industry (Yangzhou) Co. Ltd. At the same time, a letter of intent (LOI) for a fourth vessel was signed.

The initial deal for the series’ first two vessels was signed in September 2020.

The four ECO friendly tankers are scheduled to be delivered sequentially from June 2022 through March 2023.

Piraeus-based Aegean Shipping, who owns only newbuilds from China, said the average age of its fleet will be 2.9 years upon completion of the latest newbuild series.