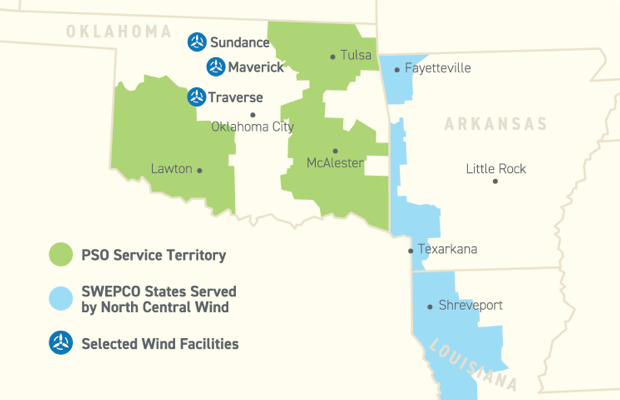 The projects will save PSO and SWEPCO customers in Arkansas, Louisiana and Oklahoma an estimated $3 billion in electricity costs over the next 30 years. Invenergy is developing the North Central Energy Facilities, and PSO and SWEPCO assume ownership of each of the three wind projects following their commercial operation.

“Maverick’s commercial operation brings us one step closer to the completion of North Central and to delivering more clean, reliable energy to our customers,” says Nicholas K. Akins, AEP chairman, president and CEO. “North Central’s three wind projects will create enough energy to power 440,000 homes and will be a valuable asset in AEP’s generation portfolio as we work to add nearly 16,600 MW of regulated wind and solar resources through 2030.”