Posted by tesla@jabvertising.com on March 15, 2022 | Featured

PSA Norway, the Norwegian offshore oil and gas safety regulator, on Monday gave its approvals to Aker BP and ConocoPhillips for offshore drilling projects in the North Sea and the Norwegian Sea, respectively.

Aker BP has obtained PSA Norway’s consent for the exploration drilling in the production license 1085 in the North Sea, targeting the Overly prospect. The well’s formal designation is Well 2/8-19.

Aker BP will use Maersk Drilling’s Maersk Invincible jack-up drilling rig to drill the well. The water depth at the site is around 69 meters.

The operation is expected to take around 16 days in a dry hole case and 21 extra days in the event of a discovery.

The Maersk Invincible jack-up rig is one of two rigs that are part of the $1 billion agreement signed between Aker BP and Maersk Drilling, in December 2021.

The two firms then renewed their frame agreement by a five-year period and included a commitment from Aker BP for the provision of the ultra-harsh environment jack-up rigs Maersk Integrator and Maersk Invincible for activities offshore Norway during this period,

Under the agreement, Aker BP is able to assign the two rigs to multiple operations with multi-purpose use of the rigs during the frame agreement period, and the five-year commitment for the two rigs is expected to have a combined total contract value of approximately $1 billion. 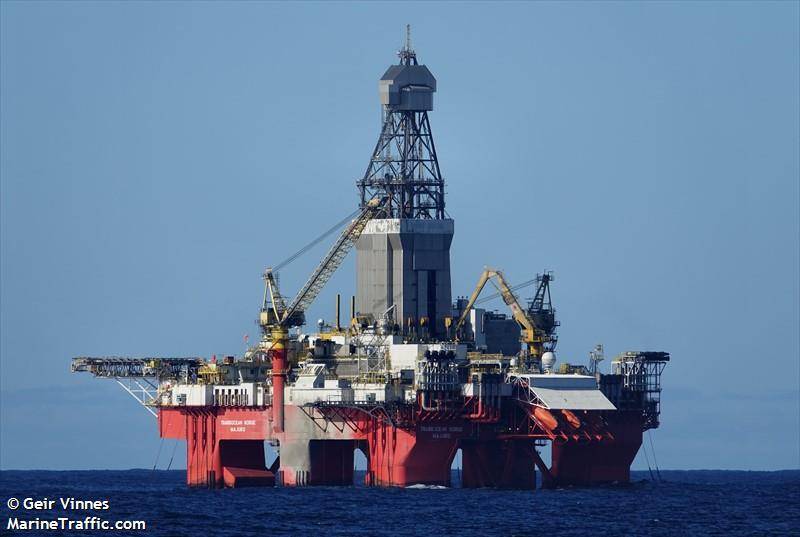 Separately, PSA Norway granted its consent to ConocoPhillips to drill in the production license 1064, in the Norwegian Sea, targeting the Peder prospect (Well 6507/4-3 S).

The water depth at the site is 435,6 meters, and ConocoPhillips will use Transocean’s Transocean Norge harshi-environment semi-submersible drilling rig for the well.

The PSA Norway said that the Peder well would take 50,6 days in a dry hole case, and 66,3 days in the case of a discovery.

The semi-submersible drilling rig, originally named West Rigel, is on a $280,000-a-day contract with ConocoPhillips. The contract is expected to last until September, but ConocoPhillips will have two fixed-price extension options for the Sep-Nov and Nov-Dec ’22 periods, at the same $280,000 day rate.