Algoma Fined for US Dumping Violations 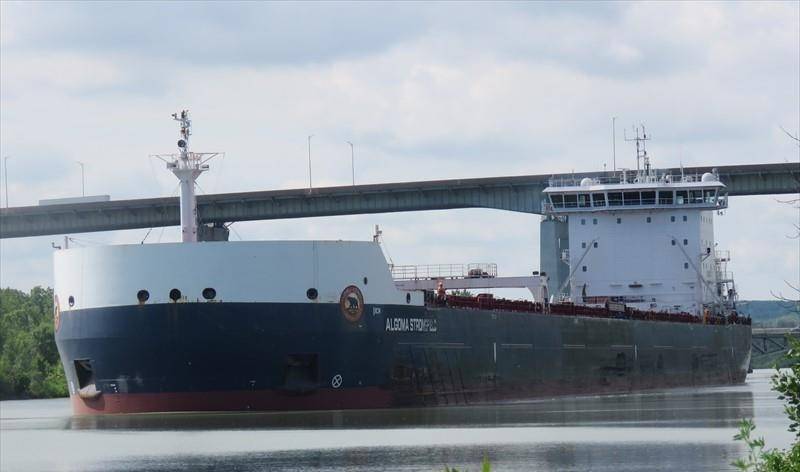 Canadian shipping company Algoma Central Corporation was fined $500,000 in the U.S. after pleading guilty to dumping wastewater into Lake Ontario.

One of the Great Lakes operator’s dry bulk carriers, the Algoma Strongfield, was built in China and delivered to Canada on May 30, 2017, by a crew from Redwise Maritime Services, B.V., a vessel transport company based in the Netherlands.

On May 19, 2017, as the Strongfield was transiting the Panama Canal, an Algoma employee boarded the vessel and remained onboard until the vessel’s arrival in Canada, where he assumed the duties of Chief Engineer. On May 30, 2017, the Strongfield arrived in Sept-Iles, Quebec, Canada, where the Redwise crew handed over operation of the vessel to an Algoma crew. Although some of the Algoma crew were advised that the wash water tank contained unprocessed oily bilge water, Algoma failed to inform all onboarding Algoma crewmembers and the inspectors of the contents of the wash water tank.

On June 6, 2017, the Stongfield was transiting Lake Ontario when the third officer on board requested permission to empty the contents of the wash water tank. The captain approved the discharge, causing approximately 11,887 gallons of unprocessed oily bilge water to be released into the U.S. waters of the lake, within the Western District of New York.

The discharge was stopped when another Algoma employee learned of the discharge and informed the third officer and captain that the wash water tank contained unprocessed oily bilge water and instructed them to stop the discharge immediately. After the incident, Algoma contacted Canadian and U.S. authorities to report the discharge.

“The Great Lakes are our nation’s largest source of fresh water, and this prosecution shows the Administration’s commitment to preserving a natural resource that will be crucial for generations to come,” said Acting Assistant Attorney General Jean E. Williams of the Justice Department’s Environment and Natural Resources Division (ENRD).

“The very purpose of the Clean Water Act is to protect our natural resources, including one of our nation’s greatest natural treasures, the Great Lakes, from harm,” said U.S. Attorney James P. Kennedy for the Western District of New York. “This conviction and the fine imposed sends a strong message that those who violate the Clean Water Act will be held accountable for their actions. This penalty also ensures that this defendant will be monitored in the future and will be strictly obligated to comply with those environmental laws and regulations that protect our waters, our fisheries, our wildlife, and each of us.”

In addition to the fine, Algoma was put on probation for a period of three years during which it must implement an environmental compliance plan.