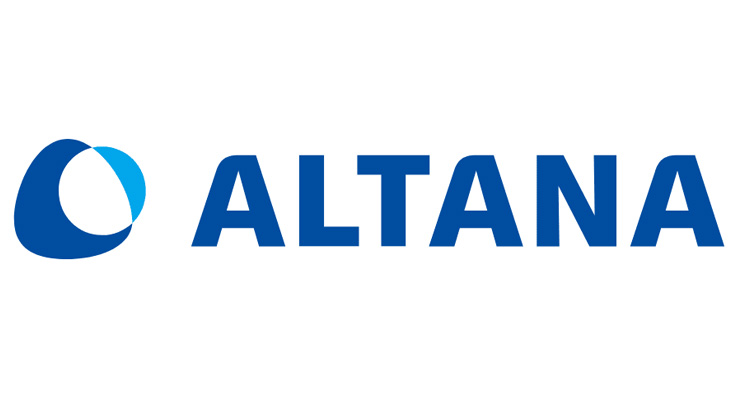 ALTANA closed the 2021 fiscal year with record results. Sales rose by 22% to €2,667 million (previous year: €2,178 million). As a result, the specialty chemicals group achieved its strongest growth in the past 10 years. The growth was driven by global demand for ALTANA solutions in almost all sales segments.

Earnings before interest, taxes, depreciation and amortization (EBITDA) climbed by 13% to €482 million. At 18%, the EBITDA margin was within the company’s long-term target range of 18 to 20% despite the jump in material and logistics costs and the continued high spending in key areas such as research and development and digitalization.

“2021 was an equally challenging and successful year,” said Martin Babilas, CEO of ALTANA AG. “As a global team of over 6,700 colleagues, we did not only cope with the exceedingly high demand, but also set new standards in innovation, climate protection, and digitalization. ALTANA is thus ideally positioned for a sustainably successful future.”

On its way to carbon neutrality by 2025, the ALTANA Group now has its first carbon-free production sites: ACTEGA in Brazil and ECKART in China. Two other sites in Asia reduced their greenhouse gas emissions to less than 10 tons of CO2equivalents by the end of 2021, roughly corresponding to the average carbon footprint of a person in Germany.

The company also further improved its carbon footprint at its home site in Wesel. For example, BYK was able to increase the efficiency of its heat generation from 85 to 95% and reduce the associated greenhouse gas emissions by around 400 tons of CO2 equivalents per year.

Also, in terms of product development, ALTANA again focused on sustainable technologies in 2021. ACTEGA launched Signite, a new technology that can halve waste from the production of labels for consumer goods. ECKART received the ALTANA Innovation Award for developing metallic effect pigments that open up new perspectives for ecologically compatible automotive coatings.

BYK presented the first certified additive for wind turbines, which significantly increases the strength of the material and thus the load-bearing capacity of the rotor blade. ELANTAS filed a patent application for a pioneering process using special dyes that for the first time makes it possible to detect the wear-and-tear on electric motors and thus prevent unnecessary motor changes.

In 2021, ALTANA again spent a considerable amount on research and development, comprising around 7% of sales, and additionally continued to push forward digitalization. In April, for instance, the Group commissioned a digital high-performance laboratory that is unique in the specialty chemicals industry, investing around €15 million in the project. This high-throughput screening facility in Wesel, the largest of its kind in the world, doubles BYK’s application technology capacity.

Double-digit growth in all business divisions

In the 2021 fiscal year, all four of the ALTANA Group’s business divisions recorded double-digit growth rates. The largest division, BYK, achieved sales of €1,227 million, an increase of 22% compared to the previous year. Adjusted for exchange rates, sales grew by 23%.

The effect pigment specialist ECKART achieved sales of €383 million, an increase of 21% (20% in operating terms). One contributing factor were the acquisitions made to boost the division’s business with metal powders for functional 3D printing.

The ELANTAS division, whose innovative insulating materials are increasingly being used to expand e mobility, recorded sales of €594 million, up 28% year-over-year in both nominal and operating terms.

ACTEGA’s sales rose by 18% to €463 million. This was due in part to the acquisition of Henkel’s closure materials business in May 2021 to strengthen PVC-free solutions, and the acquisition of the Swiss company Schmid Rhyner AG back in 2020. Adjusted for acquisition and currency effects, sales were up by 15%.

Strong growth in all regions of the world

In the 2021 fiscal year, ALTANA achieved double-digit growth rates in all of the world’s regions. Europe, which continues to be the company’s strongest sales region, recorded sales of €1,029 million, a 22% increase (20% in operating terms). Sales growth in Germany was 21 and 19%, respectively.

In the Americas, ALTANA generated sales of €682 million, a 16% increase over the prior-year period. Adjusted for exchange-rate effects, sales in this region were up 19%.

In its planning for the 2022 fiscal year, ALTANA had based its expectations on further global economic growth, albeit to a lesser extent than in the previous year. In such an environment, the company had forecast operating sales growth in the mid-single-digit percentage range and earnings profitability at the previous year’s level in the context of a continued tense price situation in the areas of material, logistics, and energy costs.

However, the impact of the war against Ukraine on demand, production, and supply processes cannot be estimated at present.