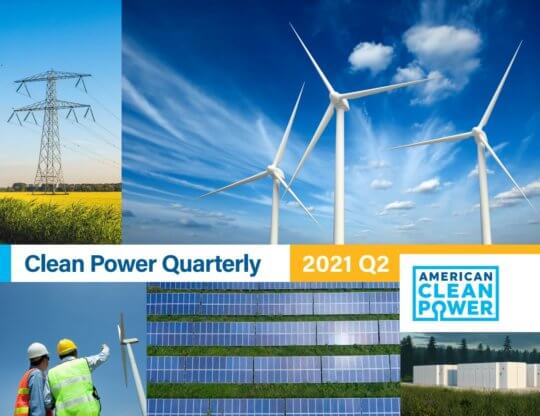 Additions for the first half of 2021 totaled 9,915 MW, which was the highest record for new clean power installations and represented a 17% increase in the first six months of 2021 compared to the same period last year.

The wind sector installed 2,824 MW of new capacity in the second quarter of 2021, which was a 10% increase compared to the same period last year.

“This market report shows the record growth across the renewable energy sector,” says Heather Zichal, ACP’s CEO. “With a record pace of installations in the first half of 2021, our industry not only provides good-paying jobs but also is a key part of solving the climate crisis. This growth and expansion are expected to continue, but we need policymakers in Washington to make long-term decisions to ensure we can continue to develop these critical projects.”

In total, there are now over 180,216 MW of clean power capacity operating in the U.S, which is enough to power over 50 million homes across the country and more than double the U.S. capacity just five years ago.