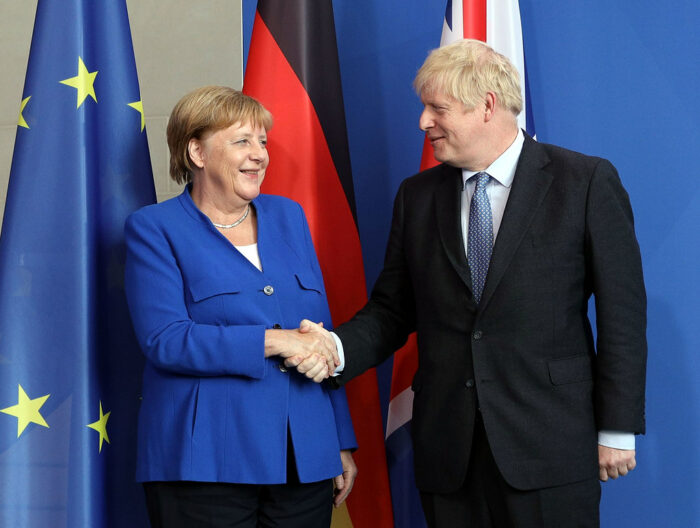 German Chancellor Angela Merkel and UK Prime Minister Boris Johnson have outlined their support for the NeuConnect interconnector between Germany and the UK.

The two European leaders spoke about the NeuConnect project today, 2 July, as part of Merkel’s visit to the UK to meet Johnson.

“Collaboration between the UK and Germany is already helping tackle some of the greatest challenges of our time, including defeating the coronavirus pandemic and tackling climate change, and today the Prime Minister and Chancellor Merkel will reaffirm the importance of that work,” said Prime Minister Johnson.

“This includes support for NeuConnect, a new electricity interconnector that will create an energy highway between the UK and Germany. NeuConnect is the largest UK-German investment project currently underway and will allow our energy grids to share excess power – making sure renewable energy is not wasted and helping both our economies decarbonise more rapidly.”

In addition, NeuConnect’s investors confirmed their renewed commitment to deliver the project, following the new energy legislation passed in Germany under which the interconnector will operate.

The £1.4 billion NeuConnect will create the first direct link between UK and German electricity networks, connecting two of Europe’s largest energy markets for the first time.

Over 700 kilometres of subsea cables will allow 1.4 GW of electricity to flow in either direction.