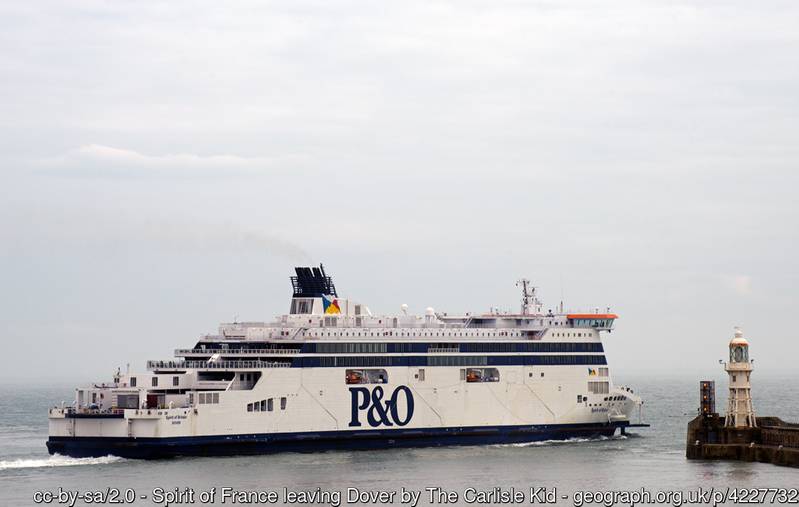 A second P&O ferry that sails between the English town of Dover and the French city of Calais has been detained by British officials due to a “number of deficiencies”, likely exacerbating Easter holiday travel disruption.

P&O Ferries, which accounted for a third of Dover’s capacity, has struggled to operate a service after it fired 800 workers last month to cut costs, drawing sharp criticism from the government and sparking union protests.

Britain’s Maritime and Coastguard Agency (MCA) have since inspected a number of P&O’s vessels and suspended four, with two operating between Dover and Calais. Two others have since resumed operations.

“The Spirit of Britain has been detained due to surveyors identifying a number of deficiencies which were grounds for detention,” the MCA said.

Dover, the main route for road freight to mainland Europe and popular with holidaymakers going to France, has been hit by truck queues of more than 20 miles in recent weeks, prompting some food producers to warn of the impact on exports.

Airlines and airports are also struggling to process a rebound in customers, leading to lengthy queues, after many workers left the industry during the pandemic, and existing staff suffered from high levels of COVID.

“I think certainly this weekend will be extremely busy on our roads, potentially at our ports, particularly at Dover, where P&O disgracefully sacked all their staff,” Britain’s Transport Secretary Grant Shapps told BBC Radio.

“I do expect there to be disruption with no thanks to P&O there.”

Heavy tourist traffic and technical troubles with a government customs website which provides documentation needed since Brexit have also added to the problems.

P&O said it continued to work with the authorities to return all its ships to service and that it took take the safety of its passengers and crew “very seriously”.