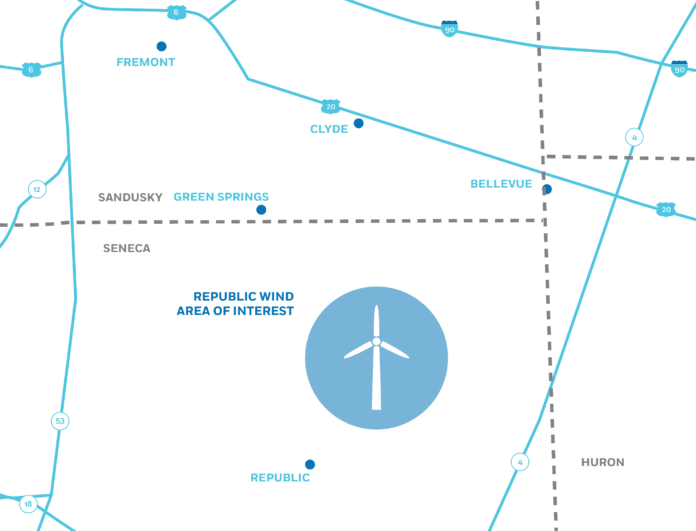 APEX Clean Energy has appealed the June 2021 decision from the Ohio Power Siting Board (OPSB) to reject the company’s wind power development request in two Ohio counties, according to the Fremont News-Messenger.

The company applied for a certificate to erect dozens of turbines as part of its Republic Wind Farm project in Seneca and Sandusky counties.

APEX Clean Energy spokesperson Drew Christensen confirmed with Daniel Carson of the Fremont News-Messenger that attorneys for Republic Wind LLC filed the rehearing request on July 27. The filing states that the decision was unlawful and unreasonable because of its requirement to submit fully detailed geotechnical information related to karst deposits prior to a construction certificate being granted.

The OPSB report noted that more than half of the proposed 47 turbines were in areas with karst features. APEX Clean Energy also stated that the board failed to make findings of fact, in violation of Ohio law, that supported their decision.

“The board’s opinion and order issued June 24, 2021, is nothing more than an attempt to apply a new, unprecedented standard that fails in the search for facts and law to support it. This new standard unlawfully elevates the importance of ‘passionately advanced opposition’ over the probative evidence submitted in this proceeding and the due process rights of Republic Wind,” APEX states in the rehearing filing with the OPSB.

The full article from the Fremont News-Messenger can be read here, and the full appeal filing can be accessed here.