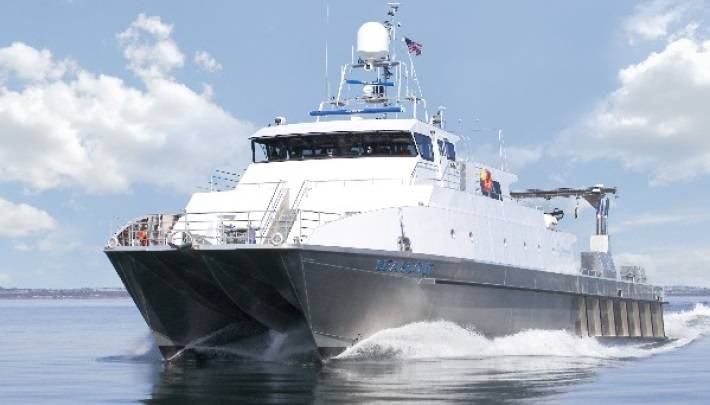 Offshore services provider Aqueos Corporation is moving into its new office facility in Boston to support the growing offshore wind industry in the U.S. Northeast.

Broussard, La.-based Aqueos has primarily provided marine construction, commercial diving, ROV and vessel contracting services for offshore oil and gas, but in 2020 the company identified the demand to expand its operating lines to include the offshore renewable energy sector.

Walter Aguilar, Aqueos’ vice president of civil, military and renewable services, said the company’s move to open a Boston location was made so Aqueos could better serve the growing needs of renewable energy developers working in the U.S. Northeast, but also to better support existing customers in the region. The company now has offices in Texas, Louisiana, Massachusetts and California.

“In light of the current extremely challenging market conditions, it is more important than ever to maintain close contact with our customers. This new facility will provide a comfortable environment for our Boston-based personnel near a large percentage of our customer base,” Aguilar said. “Most importantly, Aqueos selected Boston, Massachusetts as we recognize The Commonwealth has set an ambitious agenda to become the national hub for the emerging offshore wind industry along the East Coast.”

Recognizing a need for a multi-purpose, Jones Act compliant vessel in the U.S., Aqueos in 2021 acquired the MPSV Sea Scout, a specialty-built, high speed, shallow draft catamaran that the company said is well suited for multi-mission offshore wind projects.