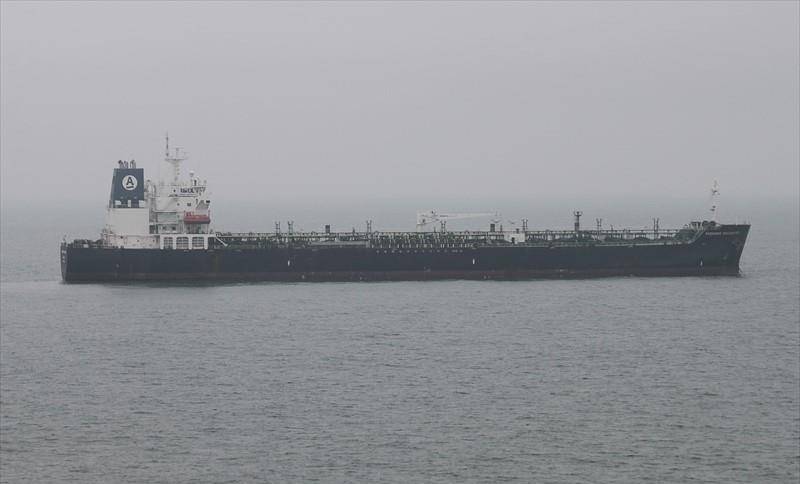 Tanker owner and operator Ardmore Shipping Corporation said it has signed a Letter of Intent (LOI) with Element 1 Corp. (E1) and Maritime Partners, LLC (MP) to establish a joint venture for delivering E1’s methanol-to-hydrogen technology to the marine sector.

Ardmore, E1 and MP will establish “e1 Marine,” each owning 33.3% of the joint venture. e1 Marine will have a worldwide mandate for the marketing, development, licensing and sale of E1’s unique hydrogen generation systems for application to the marine industry, including shipping, refrigerated containers, offshore energy, renewable energy, passenger and leisure, and certain port infrastructure and related applications.

The joint venture to be positioned to meet the needs of the marine sector for the safe and efficient delivery of hydrogen on board for mid-size power applications, resulting in a significant and cost-effective reduction in CO2 emissions when using standard methanol vs. gasoil, fully carbon-neutral when using renewable methanol, and can be modified to run on ammonia if desired.

Ardmore will purchase a 10% equity stake in E1 in exchange for $4 million cash plus 950,000 ASC common shares. The total consideration is estimated to be $11 million based on Ardmore’s net asset value as of February 2021. Ardmore will also take a seat on E1’s board of directors from the date of the investment. MP will receive 20% of any profits paid to Ardmore from this equity investment in E1.

MP, headquartered in New Orleans, La., is a provider of flexible financing solutions and newbuilding support to the maritime industry, with a focus on Jones Act vessels and inland marine transportation. The firm will make an investment in Ardmore in the form of $40 million in perpetual preferred shares in two tranches: the first tranche will be $25 million; the second tranche will be $15 million subject to final approval by MP. The preferred shares will carry a dividend of 8.5% per annum paid quarterly subject to potential increases upon the occurrence of customary events, incorporate payment in kind provisions, and be redeemable by Ardmore commencing after three years.

The transactions are expected to close simultaneously early in the second quarter of 2021.

Anthony Gurnee, Ardmore’s CEO, said, “The establishment of e1 Marine and our investment in E1 advance our Energy Transition Plan, which includes a focus on transition technologies aimed at reducing carbon emissions in the shipping industry and utilizing Ardmore’s engineering and marketing capabilities to accelerate their deployment.

“We believe [E1’s methanol-to-hydrogen technology] is safer and cheaper than other alternatives for onboard hydrogen delivery and, when using standard methanol, is operationally cost competitive with diesel engines even today, while emitting zero particulates, zero NOx, zero SOx, and 30-50% less carbon than a diesel engine of the same power rating.  The E1 system is carbon-neutral when run on renewable methanol, should prove to be very cost competitive with other alternatives, and if desired can be built or retrofitted to run on ammonia.

“[Maritime Partners’] investment will serve to strengthen Ardmore financially and to facilitate accretive growth, and we believe that e1 Marine will benefit significantly from Maritime Partners’ expertise and leading position in the inland marine market.”

Dr. Dave Edlund, co-founder and CEO of Element 1 Corp., said, “Whereas fuel cell technology has matured substantially over recent decades, the supply of hydrogen as feedstock to fuel cells has lagged considerably, resulting in significant logistic and economic challenges to the wide-scale deployment of fuel cells. E1’s methanol-to-hydrogen technology offers a broad solution to this challenge. Importantly, Ardmore and Maritime Partners provide unique access to existing markets in international shipping and inland waterways.”

Bick Brooks, Co-Founder and CEO of Maritime Partners LLC, said, “We are particularly excited about the applications for this technology within the inland marine industry, as it offers the potential to materially lower carbon emissions in the near-term and provide a clear path to achieving a zero-carbon footprint.  Importantly, we believe this technology is currently cost competitive with diesel internal combustion engines.”

RIX Industries LLC, headquartered in Benicia, Calif., is an existing licensee of E1’s M-series hydrogen generators and has expressed an interest in supporting e1 Marine regarding application to marine vessels.

Ardmore’s interest in the joint venture and its investment in E1 will be held by Ardmore Ventures, a newly incorporated holding company for existing and future potential investments related to Ardmore’s energy transition plan.

According to Ardmore, Armistead Street LLC played a pivotal role in the formation of e1 Marine by providing consulting services to the respective parties throughout the process. Armistead is a US-based strategic consulting firm, led by Michael Webber, focusing on renewables, energy, and other industrial sectors, with offices in New York and Houston.