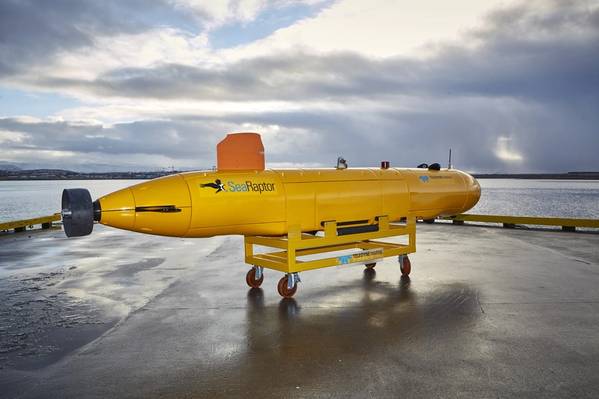 The two SeaRaptor AUVs will contribute to Argeo’s growing fleet of AUVs and will enable deep-sea surveys to the benefit of marine industries including offshore wind, aquaculture, deepsea minerals, and offshore oil and gas.

Both vehicles will be supplied in 40 foot containers hosting their Launch and Recovery Systems, deck support and handling equipment and a spares set to offer the highest redundancy and availability of the systems. The vehicles are designed to be air transportable, including their Li-Ion batteries which offer over 40 hours of autonomy for long endurance missions.