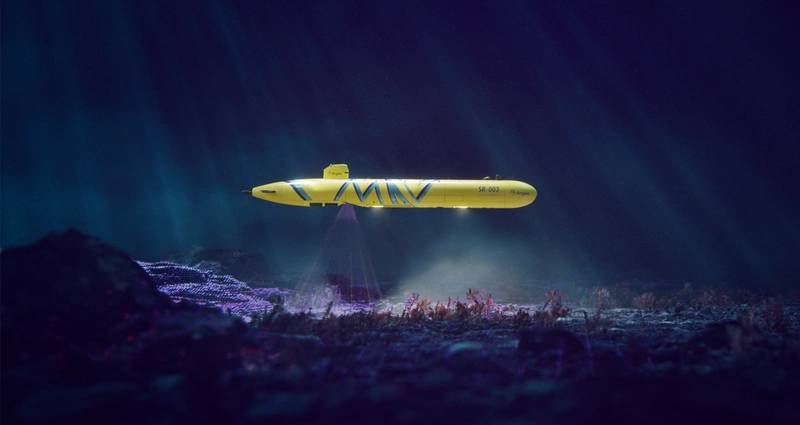 “The Bjørnafjorden crossing is the world’s longest floating bridge project, and Argeo contributed by utilizing one of its deep-water SeaRaptor 6000 AUV’s for data acquisition in combination with the Company’s proven data processing and modeling software to deliver actionable results for this exceptional project,” the company said of the project, valued at 8.5 MNOK ($911,731).

“We are pleased to announce that the SeaRaptor’s first commercial acquisition project has been completed and that it was a success, says Trond Crantz, CEO of Argeo.

“The team completed the project for Statens Vegvesen, on time with the data scoped for the project, Crantz said.

According to Argeo. the Bjørnafjorden crossing is in a challenging area and geology, requiring deep-water AUV’s for seabed mapping.

This project further exemplifies the need for AUV in our engineering and construction market segments, where Argeo is contributing to improved infrastructure connectivity for the E39 Hordfast, Argeo said.

“Statens Vegvesen has confirmed to Argeo that data acquisition on anchor locations has been completed, and that the data they received was of a very high quality, and that the operations was executed in an efficient and safe manner without any HSE incident,” Argeo said.

Going forward, Argeo said it would start its planned multi-client program for the Utsira Nord Offshore Wind, recently approved by the Norwegian authorities.

During the operation, Argeo will be using its autonomous underwater vehicle (AUV) equipped with all necessary sensors to acquire high-quality data over the licenses planned for offshore wind construction.