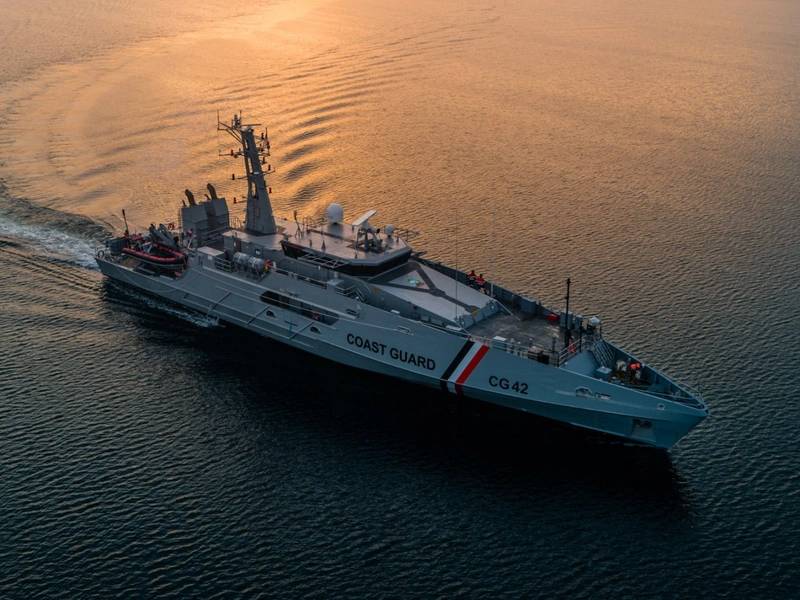 The patrol boats, TTS Port of Spain (CG41) and TTS Scarborough (CG42), were delivered at a handover ceremony held at Austal Australia’s Henderson shipyard Friday. These are the first vessels of the type Austal Australia has delivered to an export market.

Austal has so far delivered twelve Cape-class vessels in total and has six more under construction at its shipbuilding facility in Henderson.

The TTCG’s Cape-class Patrol Boats are based on the 58-meter monohull vessels operating with the Australian Border Force and Royal Australian Navy, customized meet TTCG mission requirements, including additional armament placements and crew accommodation for up to 27 persons.

Per the shipbuilder, both TTS Port of Spain and TTS Scarborough are capable of patrols up to 28 days, with a range of over 3,000 nautical miles and a top speed in excess of 25 knots. Each vessel has two 7.3 meter rigid hull inflatable boats that may be deployed while underway, for a variety of constabulary missions.