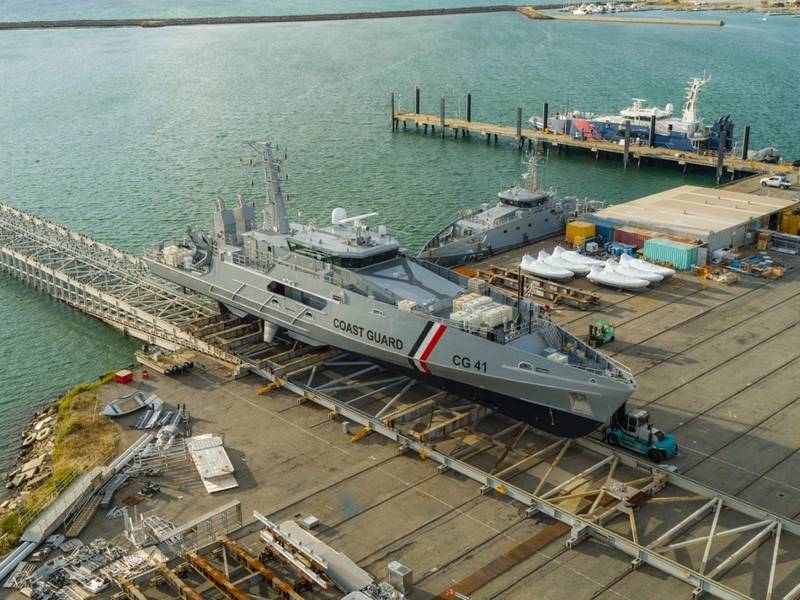 Shipbuilder Austal Australia has launched the first of two Cape-class Patrol Boats for the Trinidad and Tobago Coast Guard (TTCG), under construction at the company’s Henderson, Western Australia shipyard.

Under a A$126 million contract awarded by the Government of the Republic of Trinidad and Tobago (GORTT), Austal is constructing two 58 meter Cape-class Patrol Boats for the TTCG, scheduled for delivery in the first half of 2021.

“With 10 vessels already in operation with the Australian Border Force and Royal Australian Navy, and a further six ordered by the Navy, the Cape is undoubtedly one of Austal’s most successful and proven naval vessel designs,” said Austal Chief Executive Officer David Singleton. “Now, we’re exporting the Capes to the world, and we look forward to additional international orders that will continue to build Australia’s sovereign shipbuilding capability.”

The new TTCG Capes are based on the 58 meter aluminum monohull patrol boat, first developed by Austal in Australia for Australian Border Force. The vessels have a 4,000 nautical mile range and 28-day patrol cycle, with a crew of up to 22. Each Cape is equipped with two high-speed 7.3 meter rigid hull inflatable boats used for intercepting other vessels.