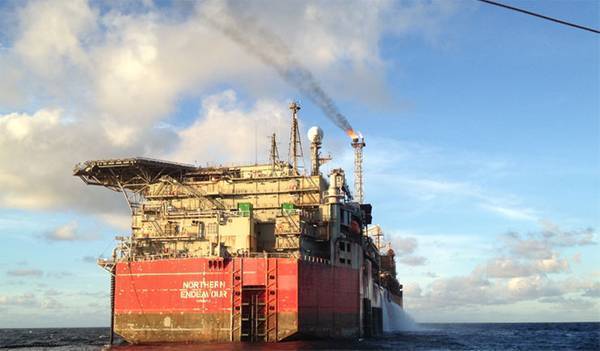 Australia’s parliament last week passed legislation under which the government will be able to make offshore license owners pay for decommissioning and environmental remediation if they sell their offshore blocks and the new owner is then unable to meet its financial obligations.

The legislation comes after the government in May said it would from July 1 impose a levy on all offshore oil and gas producers in the country to pay for the cost decommissioning of Laminaria-Corallina fields in the Timor Sea, containing the Northern Endeavour FPSO unit.

Northern Oil & Gas Australia (NOGA) bought the fields from Woodside, but it then went into liquidation in 2019, leaving the government with the responsibility of removing the giant FSPO and restoring the Laminaria-Corallina oil fields in the Timor Sea.

Oil companies Chevron Corp, Exxon Mobil Corp, and Royal Dutch Shell have opposed the levy and the call to pay for the decommissioning of the site in which they had never had any stake. Woodside opposed the levy, too.

Australian Minister for Resources and Water Keith Pitt said the laws “make sure taxpayers are not left to pick up the costs of future decommissioning work on offshore oil and gas projects.”

“The trailing liability provisions will be an action of last resort when all other safeguards have been exhausted and will reduce the risk that the financial costs of decommissioning will be left to Australian taxpayers,” Minister Pitt said.

“It also sets the expectation that sellers will undertake appropriate due diligence before selling assets, titles, and infrastructure, so they can avoid being called back to decommission and remediate title areas.”

The ministry said the legislation would strengthen Australia’s offshore oil and gas regulatory framework, and enhance the government’s oversight and scrutiny of a range of company transactions to ensure that entities that want to operate in the oil and gas industry are suitable, and have the financial resources and technical capability to operate and decommission safely.

The government said that the new measures were developed following extensive consultation with industry and adopt recommendations from the Walker Review which looked into the circumstances leading to the liquidation of Northern Oil and Gas Australia group of companies.

The measures in the Offshore Petroleum and Greenhouse Gas Storage Amendment (Titles Administration and Other Measures) Bill package will become law 6 months after they receive Royal Assent, with the trailing liability provisions applying from 1 January 2021.