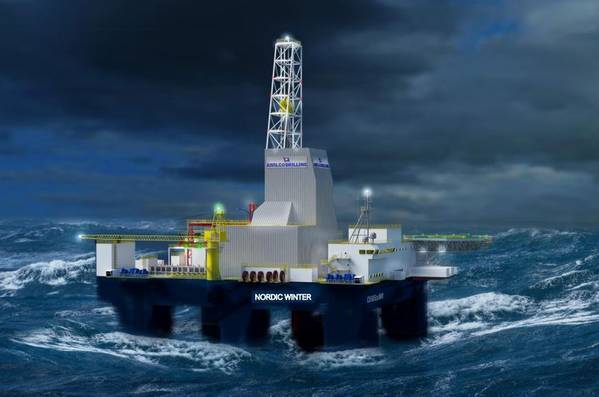 Jens Berge, Chief Executive Officer of the troubled offshore drilling contractor Awilco Drilling has resigned from the company “to pursue other opportunities.”

In an announcement released Sunday evening (CET), Oslo-listed Awilco Drilling, which is currently involved in arbitration cases with Keppel over two drilling rig order cancellations, said that Eric Jacobs, General Counsel in the Awilhelmsen Group, would act as interim Chief Executive Officer until the Board of Directors appoints a permanent replacement.

Sigurd E. Thorvildsen, Chairman of the Board of Awilco Drilling said: “The Board would like to thank Jens Berge for his contributions during the past two years as Awilco Drilling’s CEO and understands his decision to be relieved from his position to pursue other opportunities. We wish Jens Berge all the best in the future.”

Explaining his decision to resign, Berge said: “With the cancellation of Awilco Drilling’s newbuild rigs, I feel that the prerequisites for my role have changed significantly. The company has reached a crossroads and I have concluded that I would like to pursue new opportunities. However, Awilco Drilling is a great company and I wish the company and its skilled employees all the best.”

Awilco, however, in June 2020 said it had terminated the order for the Nordic Winter, citing a breach of contract by Keppel, and asking Keppel a refund of the installments paid of $54,720,985 plus accrued interest.

Keppel rejected the allegations and then reverted by terminating the contract as well, citing Awilco’s non-payment of a $31.9 million installment for the rig construction. Keppel also launched an arbitration. Awilco at the time told Offshore Engineer that the construction of the second rig, the Nordic Spring, “continues according to contract.”

Come December 2020, Keppel decided to terminate the contract for the second rig, the Nordic Spring, citing Awilco’s inability to pay for an upcoming installment.

“Based on the information available, Keppel FELS has assessed that […] Awilco Drilling PLC that is the contracting party to the [Nordic Spring rig contract ], will not be able to make payment of the second installment under the [contract], which is due and payable in March 2021,” Keppel said in December.

The Singapore-based rig builder said it had, based on the assumption that Awilco wouldn’t be able to pay up, issued a notice of termination of the contract, has started arbitration to enforce its rights against Awilco.

“Keppel FELS reserved all its rights against Awilco, including the right to retain the amounts already paid by Awilco to date (approximately US$43 million) and seek reimbursement of Keppel FELS’ costs of the project up to the date of termination,” Keppel said.

Responding, Awilco said Keppel’s notice followed a letter sent by Awilco to Keppel “raising concerns about the status of the project.”

“[Awilco] vigorously denies the allegations by Keppel FELS in the notice and considers the vessel construction contract to be intact. The company will provide further information in due course,” Awilco said in December.

The Nordic Spring is a semi-submersible drilling rig of Moss Maritime CS60 Eco MW design FELS. In addition, Awilco said, that through a separate Awilco Drilling subsidiary it had an option for one further rig of the same design.