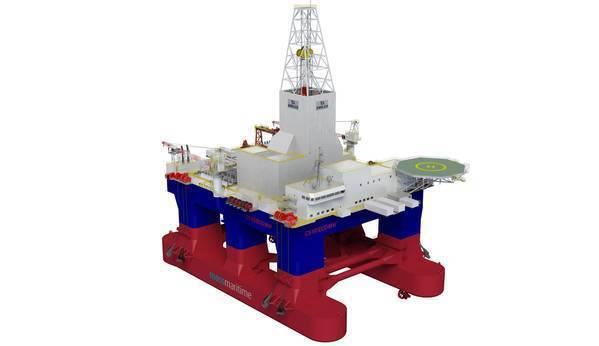 The termination comes after Keppel itself terminated the same contract earlier this month on the assumption that Awilco wouldn’t be able to pay an upcoming installment. It also said it would retain the amounts already paid by Awilco (approximately US$43 million), and seek reimbursement of its costs of the project up to the date of termination the company also served Awilco with a notice of arbitration.

Awilco at the time “vigorously denied” allegations by Keppel, said the rig construction contract was considered to be intact, adding that it had raised concerns with Keppel over rig construction delays.

Come Monday afternoon, Awilco said it had “exercised its contractual termination right under the newbuilding contract” with Keppel for the construction of a semi-submersible drilling rig, Nordic Spring, “as a result of breaches under the Vessel Construction Contract.”

At the same time, Awilco said it had exercised its contractual rights under the contract and given KFELS notice of termination as a result of Force Majeure.

“The vessel construction contract provides that on termination [Awilco Drilling] will be entitled to a refund of the installments paid to KFELS of USD 43.0 million plus accrued interest,” the drilling company said.

Nordic Spring is one of the two semi-submersible drilling rigs of Moss Maritime CS60 Eco MW design ordered by Awilco Drilling from KFELS, which both now have been terminated.

Awilco, however, in June this year said it had terminated the order for the Nordic Winter, citing a breach of contract by Keppel, and asking Keppel a refund of the installments paid of $54,720,985 plus accrued interest.

Keppel rejected the allegations and then reverted by terminating the contract as well, citing Awilco’s non-payment of a $31.9 million installment for the rig construction. Keppel also launched an arbitration.