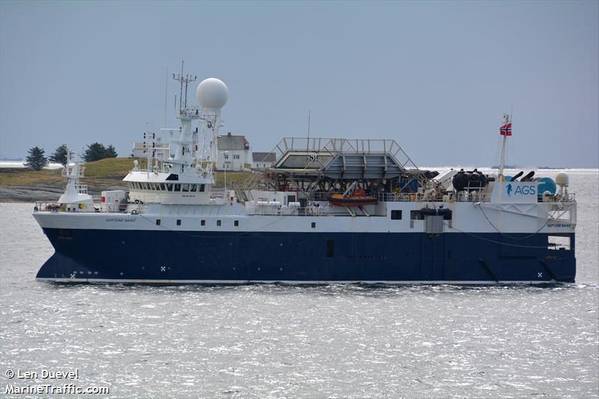 Axxis has agreed to sell the vessel following a May 3 decision by the District Court of Asker and Bærum to confirm the reconstruction proposal, which was approved by the required majority of Axxis’ creditors on April 29, 2021.

“The company has today entered into an agreement with [Sanco] regarding the sale of the vessel “Neptune Naiad” including certain equipment, to Sanco,” Axxis said.

Also, Axxis said that its subsidiary Axxis Production had entered into a time charter party for “Sanco Star.”

Axxis will use the vessel in connection with the contract with an international energy company for an Ocean Bottom Node (OBN) survey first announced in November 2020. Axxis at the time said that the one-month contract was for work in the North Sea in Q2 2021.

The company further said that the completion of the Neptune Naiad sale and the charter of Sanco Star were conditional upon, inter alia, the decision by the District Court of Asker and Bærum becoming legally binding.

The decision by the District Court of Asker and Bærum to confirm debt restructuring proposal is subject to an appeal period, which expires June 3, when it will become legally binding, subject to no appeals made.