As with many other manufacturing sectors, the UK coatings, printing inks and wallcoverings industries have experienced an uncertain year with COVID-19, not helped by the continued lack of clarity on a trade deal with the EU.

As expected, the British Coatings Federation‘s members are more positive than they were in the dark days of June, but confidence is still weaker than average and far lower than the pre-Brexit levels.
Whilst decorative coatings have seen strong growth this year, sales in the printing inks and industrial coatings markets are down by between 15 and 20 percent. 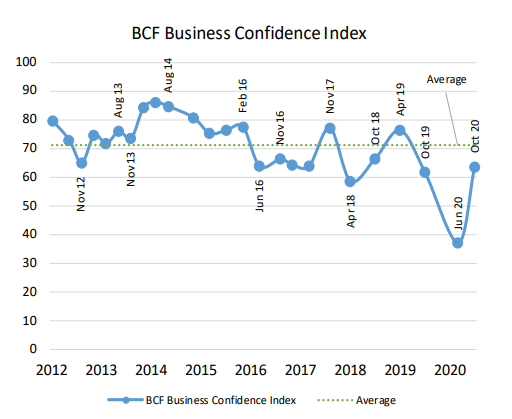 As was the case in June, business confidence differs dramatically between sector groups. With a large proportion of the UK workforce working from home or furloughed, the DIY sector has seen an increase in sales since March, with decorative paint firms expecting this to continue into 2021.

However, for printing inks and industrial coatings, it’s a very different story. Printing ink manufacturers, making both packaging and publication inks, have had a much more subdued 2020.

This reflects a continued decline in the publication sector as well as a sharp downturn in certain packaging areas, particularly in the hospitality sector and on-the-go packaging where the decline in business activity has had a major impact.

Year-to-date printing ink sales are down 18 percent and the outlook remains very uncertain for next year.

Similarly, industrial coatings sales are down 17 percent YTD, and although a large proportion of firms are expecting sales to increase next year as UK manufacturing returns to more normal levels, many companies expect the recovery to be limited.

One major area of concern is employee numbers, with almost half of firms expecting redundancies in 2021.

Whilst the furlough scheme has been a huge support through the lockdowns, uncertainty on the impact of Covid and the impact of Brexit may result in a decrease in staff numbers.

This survey was conducted in the second half of October, prior to the UK government’s second lockdown announcement but also before the recent vaccine breakthroughs were reported.

With the end of the transition period nearing and continued uncertainty about a Brexit deal, we know that next year will bring continued challenges.