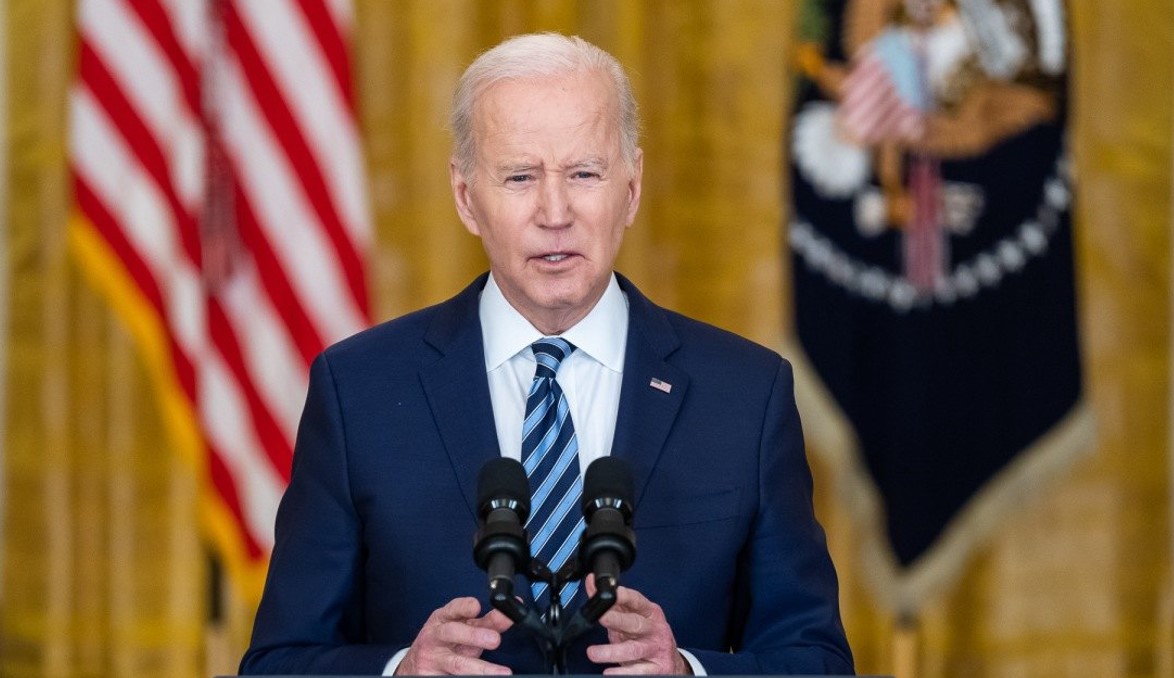 U.S. President Joe Biden last night announced plans for what is said to be the largest release from the strategic petroleum reserves in American history of 1 million barrels a day for six months to lower gas prices at the pump.

In his speech, Biden revealed a two-point plan, which includes immediate action through the release of reserves and a call to reduce the dependence on fossil fuels altogether and speed up the transition to clean energy.

On Thursday, Biden authorised the release of 1 million barrels per day for the next six months – over 180 million barrels – from the Strategic Petroleum Reserve. This is the biggest release from the reserves since its creation in 1975, in the midst of the Cold War, and the second since the war in Ukraine started.

There are currently 568 million barrels in the reserve in four locations across Southern Louisiana and Texas.

As a reminder, the U.S. and 30 other countries that are members of the International Energy Agency (IEA) in early March committed to releasing a total of 60 million barrels of oil from strategic reserves in an effort to stabilise the global energy markets. Of the total of 60 million, the U.S. committed to releasing 30 million barrels of oil from the Strategic Petroleum Reserve.

This latest release announced by Biden on Thursday is part of a two-part plan, aiming to ease the gas prices at the pump and end this era of dependence and uncertainty, and lay a new foundation for true and lasting American energy independence.

The announcement came after OPEC and its allies, including Russia, confirmed they were sticking to their existing deal to gradually increase production following a meeting on Thursday. At the meeting, OPEC concluded that “the outlook pointed to a well-balanced market, and that current volatility is not caused by fundamentals, but by ongoing geopolitical developments.”

Another important detail coming from OPEC is the fact that, at the Extraordinary 183rd Meeting of the OPEC Conference, it approved with immediate effect, the replacement of the IEA with Wood Mackenzie and Rystad Energy as secondary sources used to assess OPEC Member Countries crude oil production.

Meanwhile, the IEA has scheduled an emergency meeting to be held on Friday to discuss the release of the strategic reserves, Reuters has reported.

The cost of banning Russian oil

Biden identified Putin as one of the root causes of high gas prices, in addition to Covid-19, and reminded the U.S. has already banned the Russian import of oil, saying it was the right thing to do. But the ban has come with a cost, as Russian oil comes off the global market, the supply of oil drops and prices are rising.

Therefore, the first part of the plan is to immediately increase the supply of oil.

Earlier this month, U.S. Energy Secretary Jennifer Granholm urged the oil and gas companies to increase their production to stabilise the market following the global energy crisis exacerbated by Russia’s attack on Ukraine.

Addressing the oil and gas producers in the U.S., Biden said some have already announced they’re increasing immediate production, but some companies have been pretty blunt.

“They don’t want to increase supply because Putin’s price hike means higher profits. One CEO even acknowledged that they don’t care if the price of a barrel of oil goes to $200 a barrel. They’re not going to step up the production,” Biden said.

“I say: Enough. Enough of lavishing excessive profits on investors and payouts and buybacks when the American people are watching, the world is watching.”

While admitting he is a capitalist himself and has no problem with corporations turning a good profit, Biden emphasised that companies have an obligation that goes beyond just their shareholders: to their customers, their communities, and their country.

To help execute the first part of the plan, the President called for a “use it or lose it” policy when it comes to unused and approved oil permits, saying that those sitting on unused leases and idle wells will either have to start producing or pay the price for their inaction.

Acknowledging that it takes months, not days, for companies to increase production, he explained the importance of the second part of the plan.

According to Biden, the release of 1 million barrels per day for the next six months is a wartime bridge to increase oil supply until production ramps up later this year. This is, according to Biden, by far the largest release from the country’s national reserve in its history. The U.S. will use the revenue from selling the oil now to restock the Strategic Petroleum Reserve when prices are lower to be ready for future emergencies.

Biden noted the release was coordinated with allies and partners around the world, with commitments from other countries to release tens of millions of additional barrels into the market.

This is the first part of the plan. The second part of the plan is about declaring real American energy independence in the long term “so that we never have to deal with this problem again,” Biden said.

Calling for the reduction of dependence on fossil fuels altogether, Biden stated: “We need to choose long-term security over energy and climate vulnerability. We need to double down on our commitment to clean energy and tackling the climate crisis with our partners and allies around the world.”

The way of doing that is, he claims, by passing his plan that is before the United States Congress right now to speed the transition to a clean energy future that is made in America with American products and American values.

That is why Biden issued a directive to strengthen the clean energy economy, saying he will use the Defense Production Act to secure American supply chains for the critical materials that go into batteries for electric vehicles and the storage of renewable energy: lithium, graphite, nickel, and more.

“We need to end our long-term reliance on China and other countries for inputs that will power the future. And I’ll use every tool I have to make that happen,” Biden said, promising that building a made-in-America clean energy future will help safeguard national security, help tackle climate change, and help ensure that America creates millions of jobs for generations to come.

The bottom line is, as Biden stated, that between ramping up production in the short term and driving down demand in the long term, the country can free itself from dependence on imported oil from across the world.

It is also worth reminding that the U.S. last week agreed to supply 15 billion cubic meters of LNG to the EU this year as part of efforts to ensure and strengthen European energy security, reduce reliance on Russian fossil fuels, and reduce Europe’s overall reliance on gas.