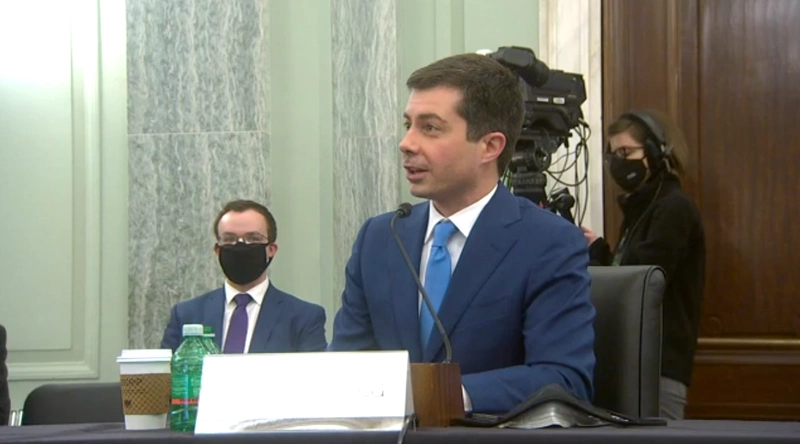 Pete Buttigieg, President Joe Biden’s nominee to head the U.S. Department of Transportation, has voiced his support for the Jones Act, a federal law that regulates maritime commerce in the United States.

Buttigieg’s comments came in response to questioning by Sen. Maria Cantwell (Dem.-Wash.) during a nearly three-hour confirmation hearing held by the Senate Commerce, Science, and Transportation Committee on Thursday.

“I am a big Jones Act supporter, and the state of Washington and the trade that we have related to the Jones Act to make sure that we have U.S.-flagged vessels,” Cantwell said. “Sometimes it gets under attack, but I want to just hear that you support the Jones Act.”

Buttigieg replied, “Yes, I share your support for the Jones Act. It is so important to a maritime industry that creates hundreds of thousands of jobs, as well as a shipbuilding industry here in the U.S.”

Matthew Paxton, President of the Shipbuilders Council of America, said, “The shipyard industry and the national industrial base is critical to our national and domestic security, and we applaud Department of Transportation Secretary nominee, Pete Buttigieg, for his support of the nearly 650,000 hardworking members of the domestic maritime industry but also his vocal affirmation of the value of the Jones Act.”

Buttugieg, a U.S. Navy veteran and the former mayor of South Bend, Ind., was announced as Biden’s pick for U.S. Transportation Secretary in December. If confirmed, he will fill the role last held by Elaine Chao, who resigned earlier this month following the insurrection at the U.S. Capitol.