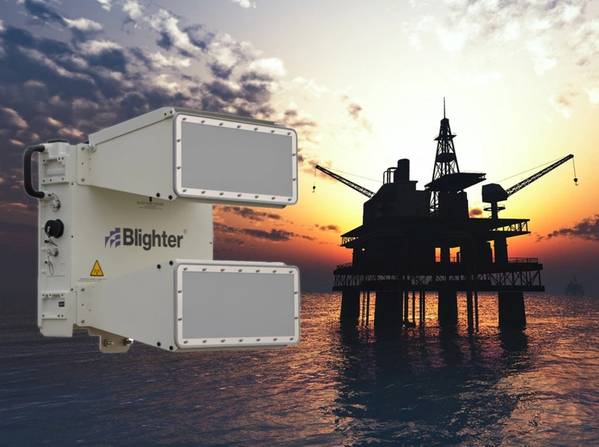 UK-based designer and manufacturer of electronic-scanning radars and surveillance solutions Blighter Surveillance System has said it has won a contract to provide its C400 series onshore and offshore installation security radars to protect a cluster of offshore oil platforms and an onshore refinery in West Africa.

Without sharing details on the client(s), Blighersaid it had been selected to provide four C400 series e-scanning radars to provide advanced threat detection for an array of oil platforms and a refinery in West Africa, comprising three offshore platforms and an onshore refinery.

The order consists of four 180° Blighter C422 radars split between the facilities which will provide coverage of the land-based perimeter and detection of inbound hostile vessels at distances of up to 20 km.

“Blighter’s C400 series coastal security radars are optimized for detection of the small shallow-draught vessels favored by pirates and militants, which sit low in the water and move at speed. The radar units are IP66-rated to provide enhanced protection against extreme marine conditions and is equipped with Blighter’s unique Sea Clutter Filter (SCF) which yields a low false alarm rate,” Blighter said.

Blighter said the coastal threat detection array would be operational by the end of the year.