Valorous is the second floating offshore wind project being worked on by Blue Gem Wind in the Celtic Sea with the proposed site approximately 50 km southwest of the Pembrokeshire coastline.

This project follows on from Erebus, the 96 MW demonstration project that is already in development, which will provide enough electricity for approximately 90,000 homes per year. Located approximately 44km off the Pembrokeshire coastline, this will be Wales’ first floating offshore wind farm.

To remind, Total announced back in March 2020 that it had agreed to acquire 80% of the Erebus project. Blue Gem Wind was created during the same month.

“We believe moving from initial demonstration scale projects, to larger early-commercial developments, will help to capture the highest local supply chain content, and maximize knowledge transfer. We look forward to receiving feedback from Natural Resources Wales on the  scoping report” 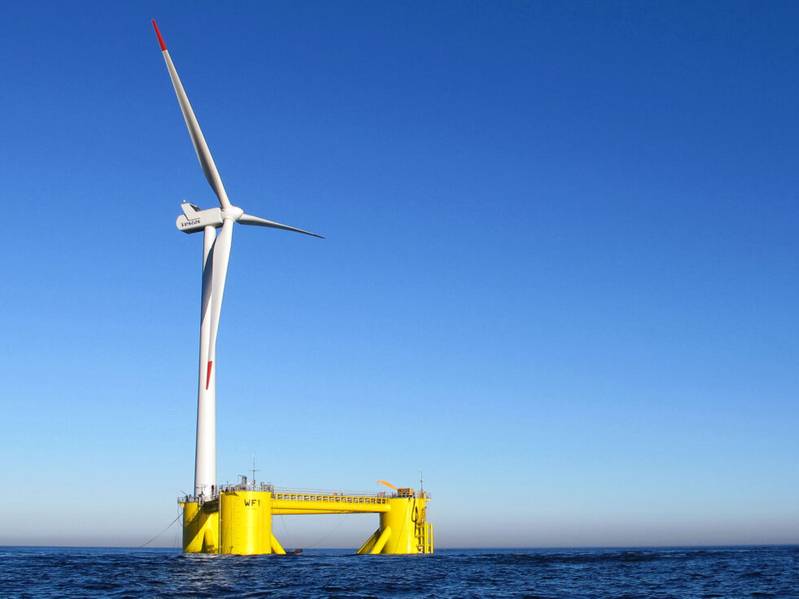 In a separate statement last week, Blue Gem Wind said it had received planning consent to install a temporary met mast on the Angle Peninsula, to help it better understand the wind potential in the area.

The met mast, due to be deployed in early March, will be sighted on the old airfield, 0.5 km inland of East Pickard Bay, for a duration of 15 months.

David Jones, Stakeholder Manager, said, “The met mast will provide wind speed and other weather-related data so we can better understand the wind resource of the Celtic Sea. This important data will enable us to optimize the design of potential offshore floating wind projects in the region. Once the data has been collected the mast will be removed.”

The met mast and onshore monitoring equipment is provided by local supplier Solar Wheel and is an essential part of understanding the wind resource in the Celtic Sea, the company said.

Blue Gem Wind said that independent studies suggest that there is between 15-50 GW of floating offshore wind capacity that could be developed in the Celtic Sea.

On its website, Blue Gem Wind cites a report by the ORE Catapult which says that that the first GW of floating wind in the Celtic Sea could potentially deliver over 3,000 jobs and £682m in supply chain opportunities for Wales and Cornwall by 2030.

As part of the plan, the government also committed to creating a new target for floating offshore wind to deliver 1GW of energy by 2030, which was at the time “over 15 times the current volumes worldwide.”

“Building on the strengths of our North Sea, this brand new technology allows wind farms to be built further out to sea in deeper waters, boosting capacity even further where winds are strongest and ensuring the UK remains at the forefront of the next generation of clean energy,” the UK government said in October 2020.