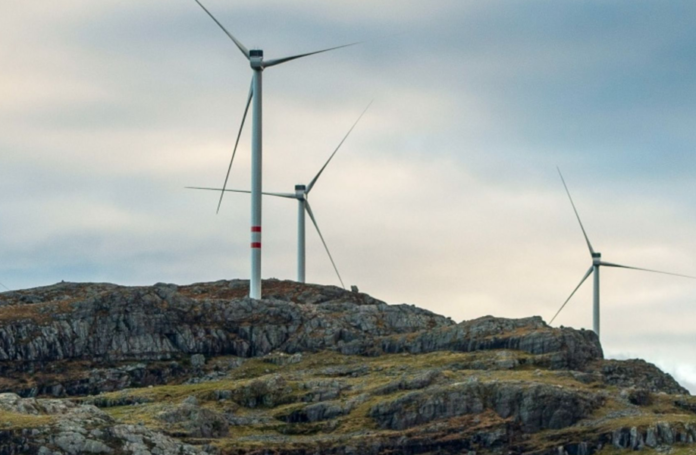 In a record-setting year, the wind market commissioned nearly 100 GW of new build in 2020. Undeterred by the coronavirus pandemic, installations grew 59% year-on-year, according to the latest data from research company BloombergNEF (BNEF).

Just four manufacturers accounted for more than half (51%) of the machines deployed: General Electric (GE), Vestas, Goldwind and Envision all commissioned over 10 GW last year as the gap widened between the leading manufacturers and smaller players.

GE and Goldwind were the top two turbine suppliers in 2020, following a surge in installations in the U.S. and China. Vestas, which placed first for four years, fell to third place in the 2020 ranking. The figures draw on BNEF’s global database of wind projects and extensive information from the industry.

“GE and Goldwind claimed the top two spots in this year’s ranking by concentrating on the largest markets,” says Isabelle Edwards, wind associate at BNEF and lead author of the 2020 Global Wind Turbine Market Shares report. “This strategy may not be as fruitful in 2021 as subsidies lapse in those areas. Vestas takes on less market risk, with turbines commissioned in 34 countries last year.”

GE earned its spot at the top of the ranking by increasing its onshore installations by 6.6 GW year-on-year, with installations in the U.S. accounting for some 70% of its 13.5 GW global portfolio. China, meanwhile, accounted for 98% of the capacity commissioned by Chinese turbine makers.

BNEF identified 57.8 GW of new wind capacity commissioned in China last year. In the onshore market, this was more than was commissioned by the entire world in 2019. This surge in demand for turbines in China allowed smaller domestic turbine makers to fully utilize their idling manufacturing capacity and gain ground on their foreign competitors in the global ranking.

The U.S. commissioned 16.5 GW of new wind capacity last year, as developers prepared for a phase-out of the production tax credit. This was 77% more than in 2019 and 2.6 GW higher than the country’s previous record in 2012. GE supplied 57% (9.4 GW) of this new capacity, and stretched its lead over the competition. Vestas’ market share sank to 31% in 2020, even though the Danish turbine maker commissioned a company record of 5.1 GW across 14 U.S. states.

Total onshore wind additions in 2020 were 19.4 GW in the Americas, 12.6 GW in Europe and 863 MW in Africa and the Middle East, while Asia Pacific accounted for 57.3 GW. BNEF’s database registered new wind farms starting full commercial operations in 44 countries.