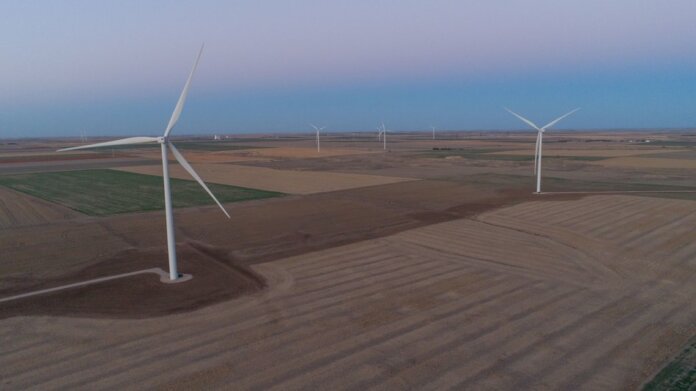 Boehringer Ingelheim, a research-driven pharmaceutical company, has transitioned to wind energy to power its largest U.S. manufacturing site in St. Joseph, Mo., as part of a broader company commitment to environmental sustainability.

The company recently signed a 10-year contract with Evergy Inc., a utility that serves about 1.6 million customers in Kansas and Missouri, to buy energy generated at the Cimarron Bend Wind Farm in Clark County, Kan., for its site in St. Joseph. The change will reduce carbon emissions at the site by 76%. Wind energy now provides all electricity used at the site, where Boehringer Ingelheim employs nearly 1,000 people who manufacture vaccines for horses, pigs, cattle and other animals.

“From reducing our carbon footprint to reducing the amount of electricity and water we use, we are dedicated to providing a more sustainable future for the people and animals we serve and the communities where we live and work,” says Jean-Michel Boers, president and CEO of Boehringer Ingelheim USA Corp.