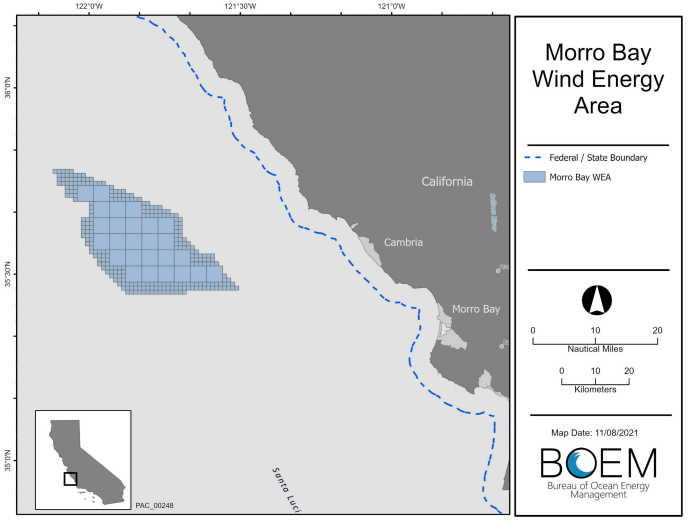 BOEM will now prepare an Environmental Assessment (EA), as required under the National Environmental Policy Act, to consider potential impacts from site characterization activities (e.g., biological, archeological, geological and geophysical surveys) and site assessment activities (e.g., installation of meteorological buoys) within the WEA. BOEM’s preparation of the EA will initiate a public comment period along with two virtual public meetings.

“Offshore wind presents a significant opportunity for California and our nation as we transition to clean, renewable energy,” says BOEM Director Amanda Lefton. “This announcement represents significant progress towards that future. As the process continues, BOEM is committed to environmental reviews, which are critical for a strong resource management program, and to robust public engagement.”

BOEM completed its review of a Construction and Operations Plan (COP) for the Vineyard Wind project earlier this year and is currently reviewing ten additional COPs. Moreover, BOEM plans to review at least an additional five COPs by 2025, for a total of at least 16 COP reviews representing more than 19 GW of clean energy.

Once BOEM considers all public input, the agency will publish a draft EA for public review and comment. The analyses contained in the EA will help BOEM determine whether to move forward with an area(s) for a proposed lease sale.

The goal of BOEM’s Wind Area Identification process is to identify the offshore locations that appear most suitable for wind energy development, taking into consideration potential impacts to resources and ocean users.