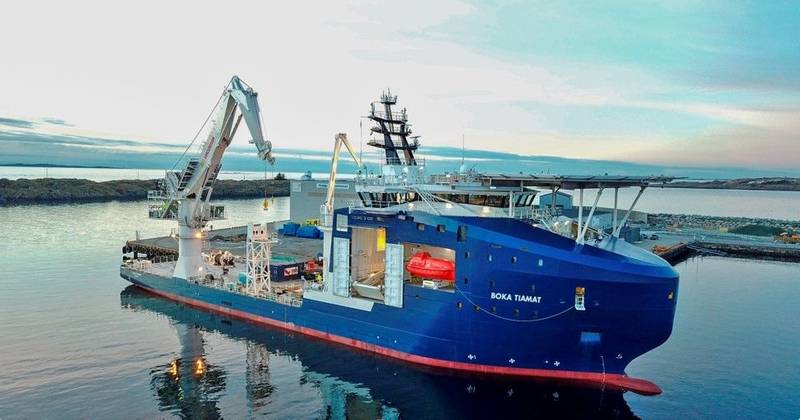 The company said Thursday that the vessel would arrive in its fleet in January 2021 and that it would be deployed on offshore wind projects in Taiwan.

“The Boka Tiamat was delivered by the shipyard as a new-build in 2019 and is retrofitted with a 1300 kW SeaQ Energy Storage System, which will reduce fuel consumption and emissions during DP operations,” Boskalis said.

Furthermore, the Dutch company further said that in harbor and emergency mode, the battery pack on the vessel will have a significant impact on reducing emissions.

While Boskalis initially did not share any further info on the vessel, the vessel’s name and a photo shared by Boskalis made it pretty safe to assume that this was P&O’s Topaz Tiamat vessel. Offshore Engineer reached out to both P&O and Boskalis seeking more info on the terms of the deal.

A Boskalis spokesperson confirmed the company has decided to rename the Topaz Tiamat to Boka Tiamat. As for the terms of the agreement, Boskalis said it would take the vessel on “a multi-year charter.”

The Topaz Tiamat vessel was delivered by Vard in early 2019 and has since been under a contract with Reach Subsea. Originally, the vessel was to remain with the Norwegian firm until August 2021. However, Reach in September said it had reached an agreement with the owner P&O to end the contract in December 2020.

Reach at the time said that the vessel would “move on to a new assignment in another part of the world, “and that it would need to find a replacement vessel for the two ROVs currently onboard the Topaz Tiamat for 2021 and beyond. The company earlier this week chartered two vessels from Olympic Subsea.