Posted by tesla@jabvertising.com on April 4, 2022 | Featured 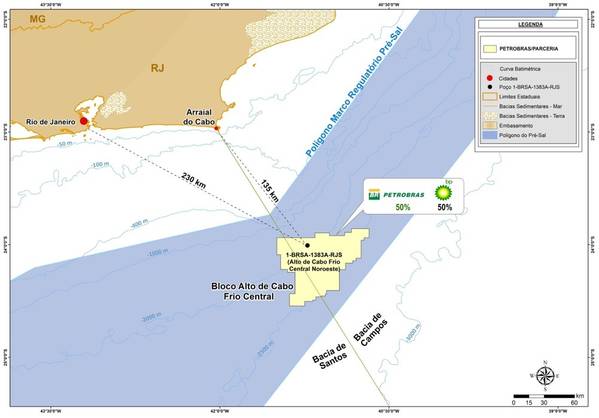 Brazilian state-run oil company Petrobras announced on Friday that it had discovered an oil accumulation in the southern portion of the Campos Basin.

The oil was found in a pioneering well in the Alto de Cabo Frio Central block, which is owned by Petrobras and BP.

Petrobras said that it “will continue drilling the well to the final depth originally planned in order to assess the dimensions of the new accumulation and to characterize the quality of the fluids and reservoirs found.”

The oil-bearing interval was verified by electrical profiles and oil samples, which will be further characterized by laboratory analysis, the company added.

The block, part of pre-salt, is located about 230 kilometers (140 miles) from the city of Rio de Janeiro in a water depth of 1.83 kilometers (1.14 miles), according to the company.

(Reuters – Reporting by Carolina Pulice and Peter Frontini; Editing by Leslie Adler and Will Dunham)