Brazilian oil firm PetroRio said Wednesday it had completed the tieback between the Polvo and Tubarão Martelo offshore fields, a move that will slash its operational costs as there would no longer be a need for a chartered FPSO.

According to PetroRio, the tieback project between the Polvo-A Platform and the Bravo FPSO was completed in 11 months, had a $ 45 million CAPEX, and will enable an operational cost (“OPEX”) reduction of $50 million per year for PetroRio.

“This OPEX accounts for the Polvo FPSO’s lease, currently chartered to the field and operated by BW Offshore, and maintenance and diesel expenses. The total operating cost for the cluster was at $120 million per year and is now reduced to approximately $70 million per year,” PetroRio said.

BW Offshore, the owner of the Polvo FPSO chartered by PetroRio, back in May said that Polvo FPSO would stop producing in June 2021, and it said the FPSO was a “redeployment candidate.”

As Offshore Engineer reported in 2020, PetroRio bought the OSX-3 FPSO for $140 million and acquired an 80 percent stake in the Dommo Energia’s Tubarao Martelo field off Brazil where the FPSO is currently deployed. The FPSO, which has the capacity to process 100,000 barrels of oil per day and store 1.3 million barrels.

The tieback between the Polvo-A platform and the FPSO Bravo is 11 kilometers long, comprising 22 kilometers of installed lines, between the flowline and the electric umbilical. During the project’s final phase, two scheduled shutdowns were carried out, lasting 10 days in Polvo and 7
days in TBMT for adjustments to the electric system, the production lines and oil and water processing facilities, PetroRio said. 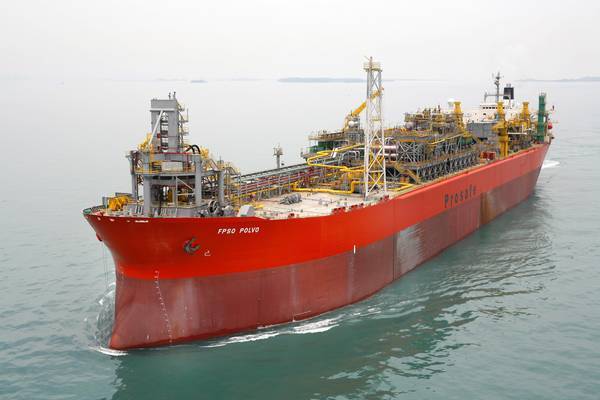 PetroRio said that the cost reduction of the new cluster would allow more oil to be produced for a longer period, “increasing considerably the recovery factor of the fields.”

The company cited the reserve certification report published by DeGolyer & MacNaughton, which said that the cluster had economic life until 2037 (considering 1P reserves), representing an extension of 10 years for Polvo and 12 years for Tubarão Martelo.

“From an environmental perspective, these synergies will reduce the cluster’s emissions from 18.6 to 13.7 kilograms of CO2 per barrel of oil (26% approximate reduction) after the tieback’s conclusion, making a more sustainable operation, with less impact to the environment,” PetroRio said.

PetroRio holds the right to 95% of the Polvo and Tubarão Martelo oil, until the first 30 million cumulative barrels of oil are produced and 96% of the cluster’s oil after that. PetroRio will also be responsible for 100% of the OPEX, CAPEX, and field abandonment costs, the company said. 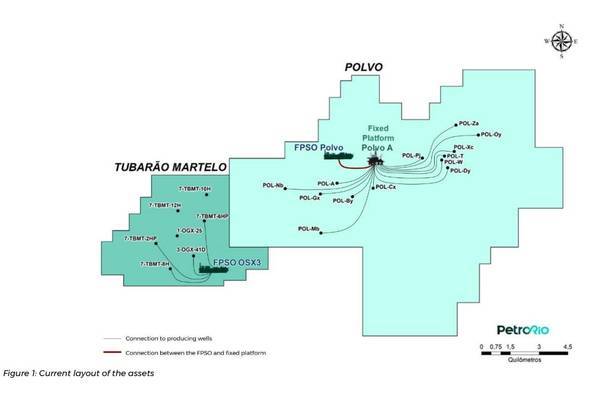 “In July, PetroRio’s production team will be focused on adjusting and stabilizing the Polvo Field’s production at the Bravo FPSO. The project’s successful implementation, of great relevance to PetroRio’s strategy, shows the execution capacity of the operational teams, which are proven to be capable of executing the Company’s future projects, such as the Frade Drilling Campaign, the development of Wahoo and the tieback project between Frade and Wahoo,” PetroRio said.

“In parallel with the tieback project, the Kingmaker rig is finishing the TBMT-8H well workover within the next days, and, in sequence, will begin the completion of the Tubarão Martelo well TBMT-10HP, expected to be concluded in September 2021,” the company added.