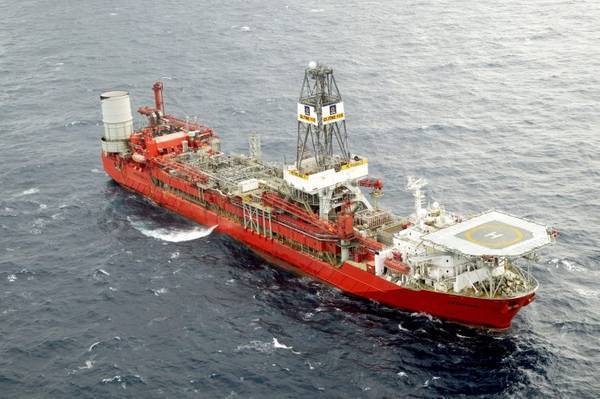 Brazilian oil company Enauta said Thursday it has signed a Memorandum of Understanding (MoU) with Malaysia’s FPSO specialist Yinson for direct and exclusive negotiation of FPSO supply contracts for the “Definitive System” of the Atlanta field in the Santos Basin, offshore Brazil.

Enauta has been producing oil from the field using the FPSO Petrojarl I as an Early Production System, and has been looking to deploy another FPSO at the field for full-field development.

In a statement on Thursday, the Brazilian oil firm said the MoU with Yinson established the start of a direct and exclusive negotiation for FPSO supply, comprising agreements for the chartering, operation, and maintenance of the production unit.

Carlos Mastrangelo, Enauta’s Chief Operating Officer: “We have decided to move forward with Yinson, a traditional FPSO supplier that is renowned worldwide and is establishing itself in the Brazilian market. We have reached an agreement that corresponds to our expectations to deliver a safe and robust production system. Enauta is also aligned with Yinson in the implementation of solutions that minimize carbon intensity per barrel produced.”

“The bidding process for the FPSO considers a unit with the capacity to process 50 thousand barrels of oil per day, to which 6 to 8 producing wells will be connected, including 3 wells already in operation in the Early Production System. The bidding process considers the adaptation of an existing FPSO, which has not yet been deployed, OSX-2, made possible by an exclusive agreement with an option to purchase signed by Enauta. The bidding process for the other services and equipment necessary for the development of the DS is underway,” Enauta said Thursday.

The company also filed a request with the Brazilian Institute of the Environment and Renewable Natural Resources (IBAMA) to obtain a preliminary license for the DS. The company expects to make the final investment decision of the [Definitive System ] in early 2022 to ensure the beginning of production in mid-2024.

According to World Energy Reports, OSX 2 FPSO is currently in storage in Sout East Asia.

“This FPSO was completed in 2013 and went from the shipyard to storage site when the field operator (OGX) decided to not deploy the production unit,” World Energy Reports said in its recent FPS report.

Located in the Santos Basin, the Atlanta Field is operated by Enauta Energia S.A has a 100% interest in the field, after its previous partner Barra Energia pulled out in June.

Enauta said Wednesday that all the wells tied to the Petrojarl I FPSO were operational following the completion of repairs of oil heaters.

“After a period of stabilization, the company expects to initially produce nearly 20,000 thousand barrels of oil/day, by operating three wells, which accounts for Enauta’s record daily production,” Enauta said.