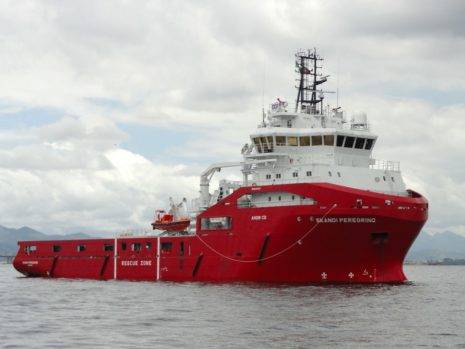 Norwegian offshore vessel owner DDW Offshore, a subsidiary of Akastor, has entered into bareboat charter and future sale agreements for two of its AHTS vessels with the Brazilian subsea services company OceanPact.

Under the charter, DDW Offshore – formerly known as DOF Deepwater,  will supply two AHTS vessels Skandi Saigon and Skandi Pacific for a period of 26 months.

As part of the agreements, Akarstor said that a forward sale of the vessels has also been agreed. Under this deal, OceanPact will buy the vessels at the end of the charter period. Akastor did not share the financial details on either the charters or on the sale price.

The vessels will work for Petrobras, supporting the company’s production activities offshore Brazil. The contract is expected to begin in the second quarter of 2021.

Karl Erik Kjelstad, CEO of Akastor, says: “By entering into these long-term agreements for two of DDW Offshore’s five vessels, DDW Offshore secures revenue and predictability going forward. The sale of the vessels will allow DDW Offshore to reduce its debt obligations according to the restructuring agreement reached between Akastor and DDW Offshore lenders in October last year.”