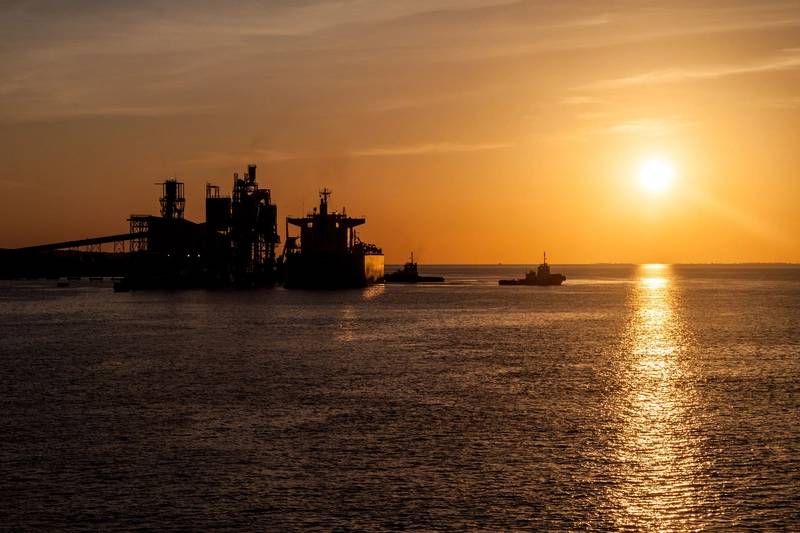 Harvesting delays in Brazil, the world’s top soybean producer, are prompting buyers led by China to rely on rival exporter the United States for longer than usual in 2021, according to government data and traders.

Sustained demand for U.S. soybeans is accelerating an historic drawdown of U.S. supplies of the oilseed and could further drive up soybean prices at a time of rising food inflation as countries hoard staples during the pandemic.

Brazil usually harvests its soybeans in the first three months of the year, marking an end to the dominance of U.S. exports. However, that process has been delayed by a drought last year that slowed plantings, and rainfall at harvest time.

The country’s shipments of soybeans in January were 28 times lower than a year before at 49,500 tonnes, an amount insufficient to fill up a single vessel, Brazilian trade data showed.

In contrast, the United States, its biggest rival in global markets, inspected some 8.9 million tonnes for shipment in the month, the highest on record, according to United States Department of Agriculture (USDA) data.

Anec, a Brazilian group representing grain exporters like Cargill and Bunge, confirmed current shortages in Brazil may give competitors an edge.

In February Brazilian soy shipments could be as little as 6 million tonnes, down from 8.5 million tonnes initially expected, Anec has said.

Brazil’s supplies are only expected to normalize by March, one large trader told Reuters.

That could spell chaos at Brazilian ports, as by March and April soybeans will be competing with sugar for finite loading capacity.

Importing countries, particularly China, have been boosting purchases of grains and oilseeds during the pandemic to guard against shipping disruptions or further price increases in agricultural commodities.

China buys grains and oilseeds from South and North America to make livestock feed. It is currently rebuilding its hog herd after a deadly pig disease killed millions of animals.

January shipments to other top U.S. soy buyers Mexico and Egypt were also the largest on record, USDA data show.

U.S. soybean stocks are expected to shrink to the smallest in seven years just before the northern hemisphere harvest ramps up in September.

At that point the country is expected to have just 9.5 days’ worth of soybean supplies, the tightest on record and down sharply from the seven-week supply held at the same point last year, according to a Reuters analysis of USDA data.

Despite the delay to its harvest, Brazil, which sells the bulk of its soy to China, is poised to reap a record 133 million tonne crop in coming months.

In an indication it thinks any shortfalls from a slow start to Brazil’s harvest will be made up by Sept. 1, the USDA this week left its 2020/21 projection for Brazilian exports unchanged, while raising its U.S. soybean export forecast by 550,000 tonnes.

However, with strong demand and uncertainty surrounding logistical issues at ports, it remains unclear whether that will ease upward pressure on prices, according to analysts and traders.