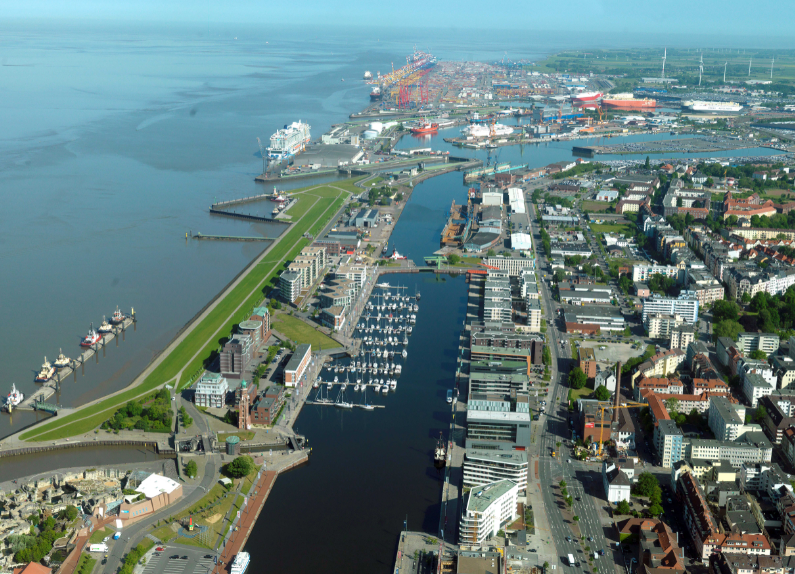 The PortKLIMA project, backed by bremenports, an infrastructure management firm operating ports of Bremen and Bremerhaven, has published the final report identifying the effects of climate change on seaports in Germany.

The report indicated that seaports are severely affected by the consequences of rising sea levels. Moreover, extreme weather conditions such as extreme heat, heavy rainfall and strong winds caused disruption of the ports’ operations.

According to bremenports, an important instrument for successful adaptation to climate change is the ability to assess the extent and the consequences of the individual impacts as early and as correctly as possible.

Focal aspects include structural and physical measures, such as the adjustment of flood protection systems. However, staff training and institutional measures, such as reviewing safety regulations, can also provide important impetus for adaptation to the consequences of climate change, the company explained.

“Over the next few decades, making the necessary adjustments in response to a changing climate will undoubtedly be an ongoing task, and the implementation of such aspects should ideally be integrated into each individual port development project”.

The strategy, scheduled for completion by the end of 2022, aims to identify and prepare measures and projects to raise resilience in terms of port development and construction and in connection with compensatory mitigation measures.

As informed, the Institute of River and Coastal Engineering at Bremen University of Applied Sciences conducted the PortKLIMA project over the last three years.

The project was sponsored by the Federal Ministry for the Environment, Nature Conservation and Nuclear Safety as part of its ‘DAS’ program for developing a strategy for adaptation to climate change.

The port management companies of the ports in Brake, Cuxhaven, Hamburg, Lübeck, Rostock and Wismar also participated in the project.