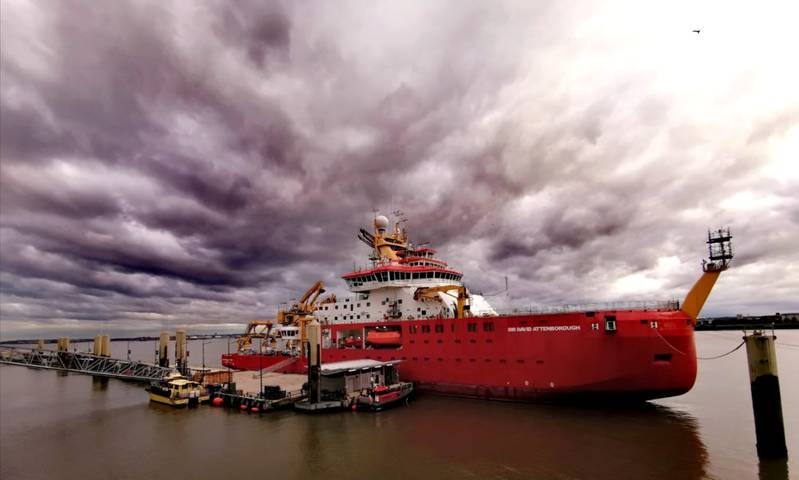 Britain’s new polar ship, the Sir David Attenborough, headed for the open seas on Tuesday to start trials after a storm delay, before making its maiden voyage to Antarctica next year for climate change research.

The 200 million pound ($260 million), state-of-the-art, polar research vessel, with its red hull and a bright yellow crane on its stern, sailed past Liverpool’s historic docks and out into the sea, headed for north Wales.

Officially the ship is named after the veteran BBC naturalist David Attenborough, but to many Britons it will always be known as “Boaty McBoatface”, after that suggestion topped a public poll to name the vessel in 2016.

Its departure from Liverpool was delayed by around a week due to stormy weather, a British Antarctic Survey (BAS) spokeswoman said, with calm seas preferred to test and calibrate its specialist equipment for the first time.

It will remain at sea for just under a week before berthing in Holyhead, Wales, once the current Welsh coronavirus lockdown ends on Nov. 9, the spokeswoman added.

The BAS will operate the ship, carrying out ice trials in the Arctic in early 2021 before a journey to the Antarctic in November next year, where scientists say it will transform UK research in polar regions.