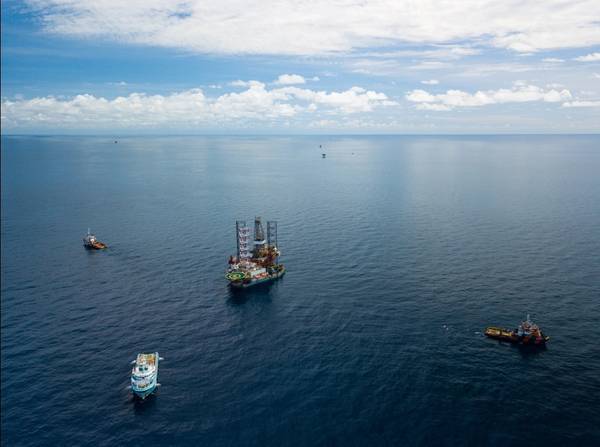 The company in August said it had discovered oil in the Hibiscus North exploration well (DHBNM-1) in the Dussafu Block, offshore Gabon, but the size estimate would have to wait until the drilling has been completed.

BW Energy said Thursday that the well, drilled six kilometers north-northeast of the Hibiscus discovery in 115 meters of water depth, had reached a total depth of 3336 meters and that wireline logging operations and fluid samplings showed lower volumes of hydrocarbons than expected.

“Pending further analysis, the preliminary results indicate that the field could be incorporated into future development planning with a possible tie back to the Hibiscus Ruche development but with reserves below the lower end of the pre-drill resource estimate of potential 10 to 40 million barrels of oil,” BW Energy said.

The company further said that the existing Hibiscus 2P gross recoverable reserves of 46.1 million barrels established by the Hibiscus well (DHIBM-1) and its appraisal sidetrack, drilled in 2019, remained unaffected and would form the core of the upcoming Hibiscus/Ruche development project.  Planning for this next phase remains on track.

“The Borr Norve jack-up [drilling rig] is now continuing to finalize drilling operations and the [DHBNM-1] well will then be plugged and abandoned.

BW Energy is the operator of the 850 square km Dussafu Block with 73.5% interest. Panoro Energy holds 17.5% interest and the Gabonese Oil Company holds 9%.

BW expects to bring the Hibiscus / Ruche development online in the fourth quarter of 2022, which, it has previously said, is expected to lift Dussafu
production to BW Adolo FPSO nameplate capacity of around 40,000 bbls/day.