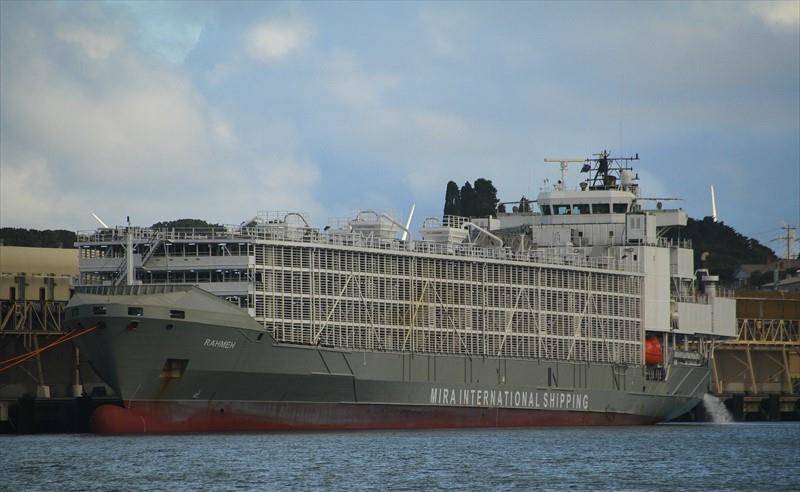 The last time Marielle June Chunanon heard from her partner Dante Addug aboard the storm-struck Gulf Livestock 1, he told her he was frightened, and praying for typhoon Maysak to pass.

That message exchange between the Filipino couple was on Tuesday night, as a ferocious storm in the East China Sea battered the 130-metre (450-foot) ship, its 43 crew and nearly 6,000 cattle.

Addug, 34, the ship’s captain, sent hours of instant messages to the mother of his four children, typing frantically, telling her the typhoon had intensified and water had caused the engine to fail.

“The typhoon is so strong up to now. Here I am praying for the typhoon to stop,” Chunanon, 35, said by phone, recalling his message.

The ship capsized en-route from New Zealand to China and the search is still on for 40 crew members, Addug among them.

Two Filipino crew have been rescued so far, one on Wednesday and another on Friday, found on a life-raft. An unidentified man pulled unconscious from the water on Friday later died.

“My body was trembling that time,” she said. “Even if they lose internet connection, he finds a way to message me.”

“I’m getting nervous while the time is running out,” she said.

Addug boarded the Gulf Livestock 1 in November 2019 and was due home next month to be reunited with his family and meet his 4-month-old son for the first time.

“When I kept asking them to pray with me, they asked why, then they saw me crying,” she said.

Chunanon said her eldest daughter, 6, saw her watching news about the ship and asked if her father was missing.

“Last night she asked ‘has daddy been saved?'”

She urged the coastguard not to give up.

“I am praying he is still safe somewhere,” she said. “I asked the lord to give me a sign.”

Captain Addug had earlier sent messages to his partner complaining of a headache and dizziness from powerful waves.

He sent maps of the ship’s location in relation to the typhoon.

A few hours later, Chunanon saw his photos of the storm intensifying.

“I’m so worried, hopefully the typhoon will weaken,” she wrote.

“It is frightening,” he replied.

Soon after, he returned to the ship’s command, leaving his phone behind.

“Hello my love, I’ll sleep now. How are you there? I hope and pray you are safe,” she wrote.