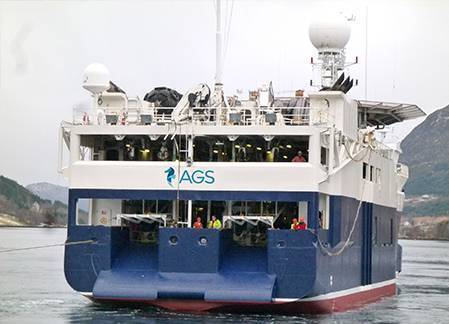 “The survey was completed on schedule and budget. Building on its previous operational experience using node on a rope technology, AGS successfully adapted to ROV deployment and recovery.  The project crew mobilized from a smart-stack position in a very short period of time and will revert to a low-cost mode immediately following project completion,” Carbon Transition said.

“Despite the start-up from a smart-stack position, the challenges of COVID-19 and associated logistical issues, the survey was completed on time and without incidents. The successful completion of this project confirms the viability of AGS’ project-based and asset-light approach,” the company added.

Axxis Geo Solutions, known for its seismic services in the oil and gas sector, in July said it would focus on creating a sustainable and diversified company with a focus on the future, in which it would no longer operate as a pure-play seismic company as it has been operating historically. For this purpose, it changed its name to Carbon Transition ASA.

From seismic to black pellets

The company said last month it would focus on investing in private companies and have “a goal of positively impacting the value creation of its investments.”

As for its seismic business, the company said it would continue going forward but will be subject to requirements for satisfactory rates of return.

“The board of directors considers the new strategy of the company to allow for its current seismic business area to be included in Carbon Transition in such manner for a transition period. Seismic contracts and seismic data library are expected to generate revenues to finance the new strategy. It is essential that the costs related to operating this part of Carbon Transition’s business are kept low. Over time the objective is to utilize revenue from the node technology and multi-client revenues to new investments within the “energy transition” area,” Carbon Transition said in July.

Carbon Transition said in July it was in discussions with companies that are potential targets for its new strategy and it also announced it had made its first new investment in line with the company’s new strategy.

Namely, the company invested in Arbaflame AS, a company that has spent years in developing a patented technology that enables the production of black pellets from biowaste – called ArbaCore, which can, reportedly, “fully replace coal in coal-fired power plants worldwide,”  and cut CO2 emissions by around 90% compared to coal.