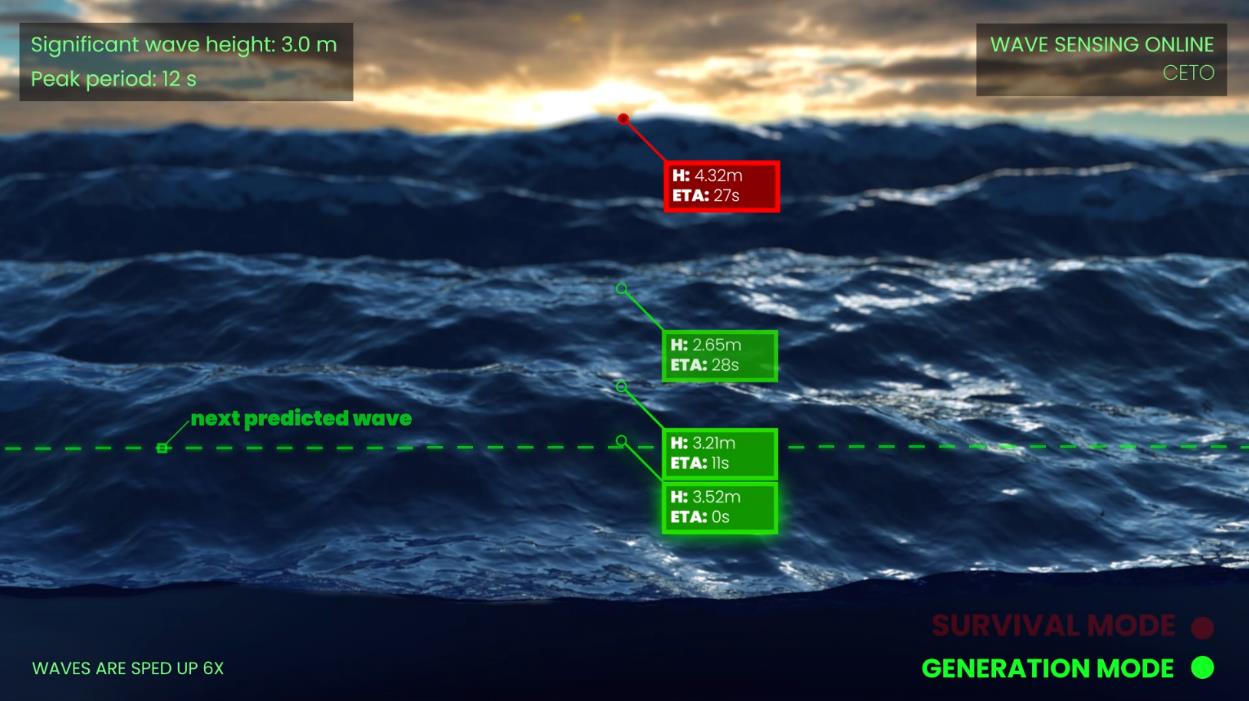 Australian developer Carnegie Clean Energy has secured a Microsoft AI for Earth grant to support a project that uses artificial intelligence (AI) to enhance the capabilities of its ‘Wave Predictor‘ and broadens its potential applications.

Carnegie’s AI for Earth grant provides the company with a sponsored Microsoft Azure account and credits for Azure compute consumption up to $15,000 – used within one year.

Over the next year, the team will access Microsoft Azure’s Tesla V100 GPU data science virtual machines, high performance storage, as well as higher-level services, such as Azure Machine Learning, which includes powerful AI software tools such as AutoML. The hardware does the work to crunch the numbers and the software tools help to tune the neural networks, models and features making them run much more efficiently.

Carnegie’s Wave Predictor is a piece of machine learning software, along with an array of wave sensors, which can predict waves 30 seconds into the future.

Carnegie says that by using neural networks, the tool can understand and predict waves in a fraction of a second.

This prediction can allow the CETO intelligent controller to make much better decisions resulting in greater capture of wave energy.

In addition to wave energy sector, the tool has potential applications in other offshore industries where wave conditions limit operations

Specifically, prediction of large waves travelling towards a floating platform, such as a fish farm or an oil rig, could support decisions, increasing operational safety and reliability.