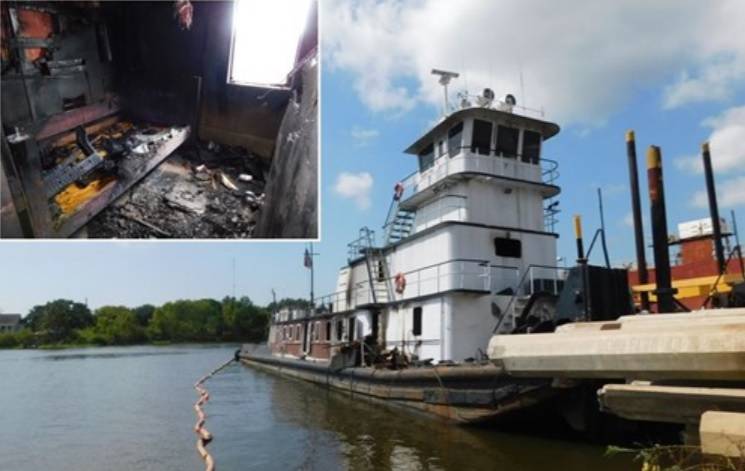 A 2019 fire on board a laid up towboat was likely caused by a catastrophic engine failure, the National Transportation Safety Board (NTSB) found.

The Susan Lynn was docked and in layup at Tom’s Marine & Salvage yard on the Barataria Waterway in Lafitte, La., when the blaze broke out in the engine room on the morning of October 8, 2019, causing an estimated $1,350,000 in damages to the 56-year-old vessel.

The fire was extinguished by local firefighters after the vessel’s watchman could not contain the fire and evacuated the vessel. No pollution or injuries were reported.

NTSB investigators determined the fire was likely caused by a catastrophic engine failure resulting in an oil reservoir breach and an ensuing fire initiated by ejected lube oil igniting off a hot surface. However, due to a lack of sufficient evidence, the exact cause of the fire and the generator’s engine casualty could not be identified.

Open engine room doors and the unsecured fuel shutoff valves contributed to the extent of the fire, the NTSB said.