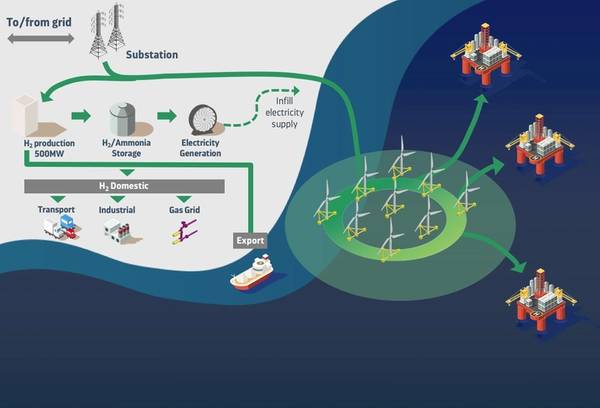 An application for a lease for the 10 billion pound ($14 billion) project has been submitted to Marine Scotland, which manages Scotland’s seas and freshwater fisheries.

The project, made up of 200 floating wind turbines with a capacity of 3 gigawatts (GW), if approved would seek to sign contracts to feed power to offshore oil and gas facilities and use the excess for onshore green hydrogen plants, the firm said.

The British government is touting green hydrogen, whereby renewable energy powers the process to extract hydrogen from water using electrolysis, as a way to help lower emissions but costs are still expensive and it is not yet at commercial scale.

Cerulean Winds has done the necessary infrastructure planning for the scheme and targets financial close in the first quarter of next year.

If approved, construction would start soon after, with power being generated in 2024.

“Emissions are quite rightly no longer acceptable, but with emissions penalties and taxes coming, the UK oil and gas industry’s role in home-grown energy security during the transition could be threatened unless current decarbonization efforts can be greatly speeded up,” said Dan Jackson, founding director of Cerulean Winds.