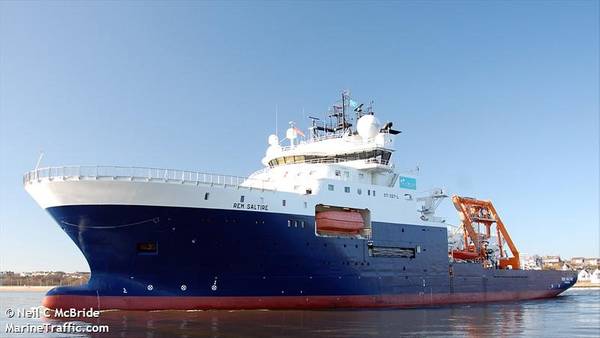 Rem Offshore said in a stock exchange filing it “has been awarded an extension to the existing contract which will secure utilization for 2021.”

CEO of Rem Offshore Fredrik Remøy said “The award of this contract in a challenging market demonstrates the competence of our organization, the skills of our marine crew and quality of our vessel. We are confident that Rem Saltire will serve our client and their end clients well, and contribute to their successful project execution.”

While Rem Offshore did not say who the client was, it is safe to say the contract extension is with seismic surveyor Magseis Fairfield, which in September said it would use the vessel on a Gulf of Mexico project in 2021.

Meanwhile, AIS data on MarineTraffic.com shows the vessel -previously known as Fugro Saltire – recently departed from Tampico to the deepwater Trion field on the Mexican side of the Gulf of Mexico.

This corresponds to an announcement by Magseis Fairfield made earlier this year in which the company said it had secured a deepwater Ocean Bottom Node project offshore Mexico.